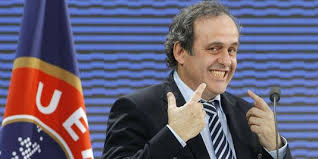 When hundreds of television cameras zoomed in on the climax of Euro 2016, capturing Portugal’s elation and France’s despair, one man was conspicuous by his absence – just as he had been throughout the tournament.

Michel Platini would doubtless have shared in his country’s collective anguish had he been there in person to witness the end of a competition which, for so many years, he had eagerly anticipated unfolding in his own backyard.

Instead, the pain and desolation felt by the exiled former UEFA chief and one-time shoo-in for the FIFA presidency must have been that much greater as a tournament he once described as his baby reached its denouement without the host nation’s most celebrated and coveted footballer in attendance.

Wherever he was, Platini, an outlaw at his own tournament, must have watched events in Paris with a mixture of envy and frustration – and most likely a healthy dose of bitterness too. The sight of UEFA’s little-known interim general secretary being given the privilege of handing over the trophy, coupled with a smiling Gianni Infantino – the man who used to work for Platini yet went on to become Sepp Blatter’s successor instead of him – taking pride of place in the VIP seats, must have stuck in the Frenchman’s craw with almost choking effect.

Platini, remember, has always vehemently denied he did anything wrong in accepting a SFr2.2 million “disloyal payment” from FIFA, authorised by Blatter, in 2011 for consultancy services that ended nine years earlier. The so-called gentleman’s agreement landed them both with an ethics committee ban, later reduced on appeal but still enough to finish off Blatter and, with far more profound consequences, send Platini’s FIFA ambitions into freefall.

Yet 48 hours before his country was about contest Sunday’s final, fresh conspiracy theories emerged about whether Platini, who has always claimed unconvincingly that he was deliberately prevented from standing for FIFA president, was indeed the target of an unsavoury plot.

With deliberate timing designed to gain maximum publicity in the build-up to the final, Benny Alon, an Israeli-American sports marketing consultant best known for bringing down Jerome Valcke over a World Cup ticketing scandal, held a downtown Paris press conference at which he claimed the former FIFA general-secretary, in order to save his own reputation, was behind the chain of events that ultimately took Platini down with him.

According to Alon, who had exposed Valcke’s ticketing dealings at a previous press conference last September, Valcke, currently banned for 10 years, made a “direct threat” to Platini three days before that first press conference. Alon, a personal friend of Platini, told reporters he had been given the information by Platini’s adviser, Kevin Lamour, during a meeting at Geneva airport.

“Jerome said that he was negotiating an agreement with FIFA to leave the organisation,” Alon revealed. “He wanted Michel to persuade me not to hold the press conference. Kevin replied that he did not see how Michel could stop me. Jerome made it clear to Kevin that if Michel did not, there would be repercussions.”

Platini did not stop it and Alon proceeded with his media briefing which implicated Valcke in a scheme to sell World Cup tickets above face value and share the profits – misconduct that led to his dismissal from FIFA and a 12-year ban, recently cut to 10 years.

Just days after that first press conference came the bombshell announcement that Platini was being investigated over the now-infamous SFr2.2 million payment which in the end forced him to abandon his bid for the FIFA presidency and led to him, too, being banned.

“Somebody at FIFA decided that they did not want Michel Platini to be the next president of FIFA and they unfortunately used me to start the movement when Jerome Valcke called and threatened Michel,” said Alon.

Whether Alon’s nebulous version of events has even a modicum of truth, given that Blatter and Platini had no written agreement and given his own somewhat dubious reputation as a ticketing agent, is highly questionable.

But he insisted dark forces were at work to get Platini out of the picture. “The file should never have come out of FIFA. How come it took years for this to come out? Why would you ask for an invoice if you know the money should not be paid?  Michel should have been protected. Instead was he being tricked?  Someone should raise those questions. This did not happen by magic.

“I had tears in my eyes not seeing the great Michel Platini in the stadiums at Euro. He worked on the tournament without earning a penny. He is not a money man, he is a football fan. He may have been naive but for me, he is totally innocent.”