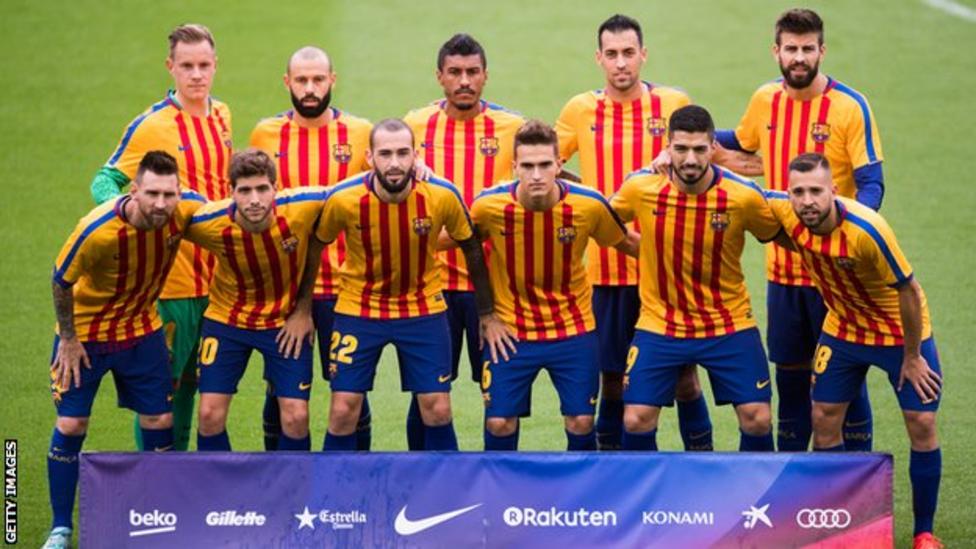 It was interesting to read my colleague Andrew Warshaw’s piece this week recounting Catalán sports minister Gerard Figueras’s thoughts on where the region’s top football clubs might play should the region achieve independence.

“In the case of independence,” Figueras suggested, “Catalán teams in La Liga – Barcelona, Espanyol and Girona – will have to decide where they want to play: in the Spanish league or a neighbouring country like Italy, France or the (English) Premier League”.

One option he apparently did not contemplate was that the mighty Barça might be confined to a Catalonian football league. Yet the precedent set by the unravelling Socialist nations of Eastern Europe would tend surely to suggest that this is a likely option, perhaps even the most likely.

Fair enough, you might think, as nailed-on certainties for the league title, Champions League qualification would be assured for Lionel Messi and his team-mates year after year. And if the football world mourned the loss of El Clásico as a regular twice annual fixture in the context of La Liga, well it should not be beyond the wit of man to arrange a yearly set-piece clash with Real, perhaps at different venues around the world, for a gleaming new trophy.

Ironically given the way that the club has become identified over the years with Catalán identity and the cause of self-determination, however, I would think that confinement to a Catalonian football league would be almost the last outcome Barça would wish to emerge from the present political tensions hanging over the region. Why? The potential financial consequences.

For one thing, clubs playing in England’s Premier League and the other top draws earn considerable sums nowadays from non-domestic broadcasting rights.

But how much international demand would there be to watch Barcelona wallop a succession of Catalonian minnows?

This is because of an income distribution mechanism known as the market pool.

Under this, part of the money paid out to Champions League participants depends on the proportional value of national television markets.

While the most valuable TV markets are in countries which usually produce multiple Champions League qualifiers, this system has tended nonetheless to favour clubs from the big five West European economies of Germany, England, France, Italy and Spain.

Of the ten clubs which received market pool payments of in excess of €25 million for the 2015-16 Champions League, three were from England, two from each of France, Spain and Italy, and one from Germany.

For seven of these ten clubs, the market pool accounted for more than half their earnings from the competition.

At 7.5 million, Catalonia’s population is considerably smaller than equally football-mad Portugal’s, whose two representatives in the 2015-16 competition received a combined €12.25 million from the market pool. This was a bit less than half of the €25.6 million paid to Barcelona.The five Spanish representatives garnered nearly €90 million from the market pool between them.

If Barcelona played its league football in Catalonia and if this mechanism for allocating Champions League cash were not reformed, I fear that the club, though perennial league champions, could gradually slip down the European rankings as other famous clubs in comparatively small countries in TV earnings terms – Ajax Amsterdam, Red Star Belgrade, Glasgow Celtic – have before them.

Perhaps this explains Figueras’s focus on the likes of Italy and France in those comments cited by Warshaw.