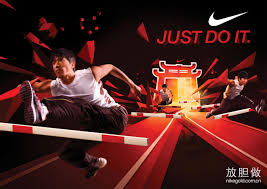 The ranking of brands was produced by business-to-business website dongshiju.com and the China Data Center.

According to Yutang sports, the top 50 brands were ranked according to brand awareness, reputation, consumer preference, market share and other indexes related to brand influence.

The 2017 ranking is the third edition of the Top 50 brands list and includes sports leagues in the methodology for the first time. Nike topped the 2016 ranking followed by Converse who do not appear in the 2017 ranking.

Nike, with a dominating presence in basketball, is supported by a strong showing for basketball generally in the country. While the CBA League beats football’s CSL, the NBA China Games also rank high at 8th position. Despite the frenetic rush to China of Europe’s top clubs and leagues, as well as FIFA’s chase for China’s sponsorship cash, none of their brands make it into the top 50.

What is noticeable between the 2016 and 2017 lists is the number of appareil firms in 2016 who have dropped out of the 2017 Top 50. They appear to have been replaced by a move towards events and venues in the Chinese psyche.