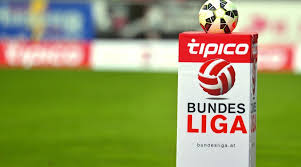 January 17 – After concluding a new sponsorship deal with the DFL (German FA) subsidiary Bundesliga International to the end of season 2020/21, sports betting company Tipico have immediately launched a testosterone-charged advertising campaign under the slogan “Nur wer mitspielt, ist mittendrin!” (Only Those Who Play Are Part Of The Game).

Under the terms of the new deal, Tipico becomes an official partner and is therefore is allowed to advertise with the competition logos of the German Bundesliga and the 2nd German Bundesliga. In addition, Tipico receives a first-right option in the DFL media contracts and the ‘Matching Offer Right’ with regard to special forms of advertising for national licensees and sector exclusivity for corresponding bookings. And finally, as a new partner, Tipico will be integrated into the DFL media platforms as part of a digital package”. The commercial use of club rights, however, is not part of the contract.

The deal has been estimated by Sponsors.de to be worth between €15 million and €17 million and Tipico, which also has sponsorships with FC Bayern Munich, Hamburger SV and RB Leipzig wasted no time in launching a new brand campaign in time for the second half of the Bundesliga season.

The campaign features players of FC Bayern Munich as well as goalkeeper legend and brand ambassador Oliver Kahn but the main focus is on the fans, with a campaign video showing a supporter on the way to the game in what the company describes as an “energetic performance” as the fan meets different fans and “gets to know them and their passion for football.”

The video is accompanied by a voice-over, spoken by hip hop artist Summer Ce, and the driving beat of music producer Joshimixu.

Tipico Chief Commercial Officer Marlon van der Goes, commented on the campaign saying: “Football is electrifying, exciting tension and pure passion for us. Only those who play along can experience this kind of energy and fully immerse themselves in the action. We see ourselves as a thrilling football brand and are part of the game. That’s why it was only logical for us to set up the next stage – which we underline not only by the successful implementation of our campaign, but also by the newly concluded sponsorship agreement with the DFL as an official partner of the German Bundesliga and the Second German Bundesliga. ”

The video, which can be seen at https://www.youtube.com/watch?v=h0d4rr5N9-0  was created in collaboration with Bigfish film production and directed by the young director duo Daniel & Dorian, whose magnificent “Dear Brother” video for Johnnie Walker has garnered over 4.8 million views on YouTube.

Alexander Norvilas, Creative Director at JvM, commented on the new video said: “As partner of the football, you also have to be part of the fan culture. That’s only possible if you stay enthusiastic, dare to offend and raise the bar every season.”