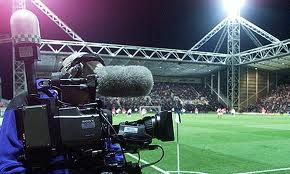 In addition to live games, the network also obtained exclusive rights to all highlight programmes, including matches featuring Belgium. The network also has the right to share near-live clips on social media.

“We are very pleased to secure live and exclusive rights to the very best international football competitions in Europe, including the new and exciting UEFA Nations League,” said Anouk Mertens, managing director of Eleven Sports in Belgium. “We continue to build and enrich our offering in the long term and these rights are a great addition to our other strong international rights featuring many Belgian star players in LaLiga, Serie A and Ligue 1.”

“We are delighted to extend our partnership with Eleven Sports to now include Belgium,” said Guy-Laurent Epstein, UEFA’s marketing director. “Eleven will provide extensive exposure of the new UEFA Nations League and the European qualifiers with Belgian football fans now being able to enjoy the best fixtures from the UEFA national teams for the next four years.”