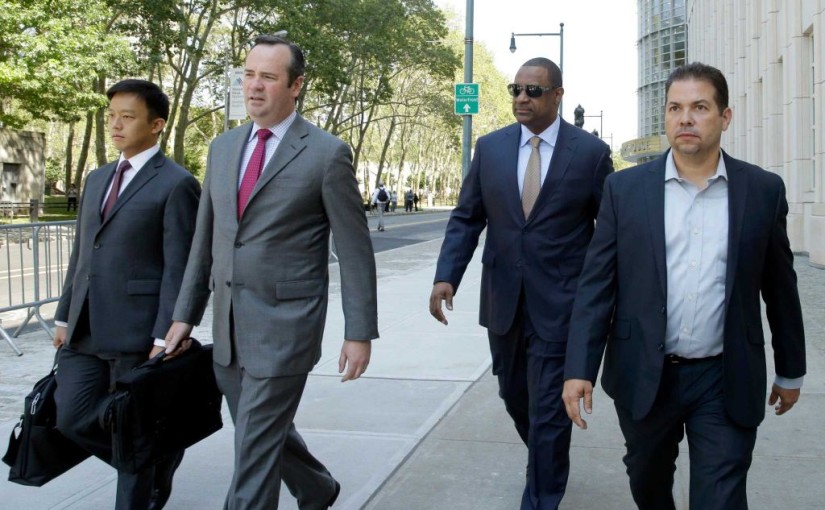 March 8 – Former FIFA vice-president Jeffrey Webb has had his sentence in the FIFA-gate scandal pushed back for a seventh time after submissions in court were accepted earlier this week.

After numerous delays, Webb was due to face sentencing yesterday (Wednesday) but the court of the Eastern District of New York has agreed to a request from his lawyers that sentencing now be postponed again – this time until September.

Webb is the highest profile of those indicted in the US-led anti-corruption probe and has pleaded guilty to seven counts of bribery, conspiracy and money-laundering. The former boss of CONCACAF also agreed to forfeit more than US$6.7 million as part of his plea.

Webb, who has been under house arrest in the United States, was originally to be sentenced in June of 2016. US prosecutors still have a number of outstanding arrest warrants, most notably for Trinidad and Tobago’s Jack Warner, who Webb followed as CONCACAF president following an interim presidency by Alfredo Hawit (also arrested and awaiting sentencing on March 14).