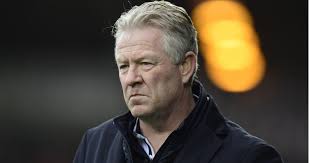 Maes has been charged with “money laundering and involvement in a criminal organisation”, AFP quoted an unnamed source as saying.

He was remanded in custody on Monday but was granted conditional release 24 hours later and is resuming his coaching role.

Maes, a former goalkeeper with Anderlecht and Standard Liege, took charge at Lokeren in the summer of 2017. The club is currently second from bottom in the Belgian first division.

According to local media, he is being investigated due to his links with Dejan Veljkovic, a prominent agent who was detained earlier this month as part of the police operation.

Investigators suspect Maes of having benefited from dubious tax “arrangements”, in a case similar to Club Brugge coach Ivan Leko, who has also been charged with money laundering.

Following his release from custody, Lokeren said Maes “can resume his role as coach” in a statement on the club’s website though he is apparently not allowed to talk to the media.

In total, 20 people, including club executives, players’ agents, two referees and a player, have been charged in the case which concerns two matches supposedly fixed in a failed effort to save formerly top-tier KV Mechelen from relegation to the second division.