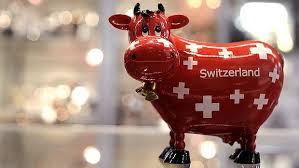 The past few weeks openly reflect the insanity of what global football’s governors consider to be intelligent conduct. They also unveil the stench in the trenches of Swiss justice and more so, on the proper administration of justice.

One gets the feeling that administering justice in this alpine dot in Ms Europa’s lap is more of a Jean de La Fontaine parable than proper adjudication of right and wrong. “Maître Corbeau, sur un arbre perché, tenait en son bec un fromage. Maître Renard, par l’odeur alléché, lui tint à peu près ce langage: …” etc. Now the last remaining question is this: whose cheese is it? Because it is apparent who the raven and the fox are.

And there goes a Helvetic AG, barely re-elected to his post not long ago, who falls into a whole series of swords of his own and FIFA president Gianni Infantino’s making.

What could be hilariously amusing (yet turns out to be a tad idiotic) is that Infantino has started pulling the rug from under the very AG’s feet who, some say, protected him in the past (by suffering from serious early dementia and not recalling a number of meetings that the two held). What football’s GI Joe doesn’t seem to realise is that he is standing on the corner of that same rug.

But then, Infantino has never been the brightest spark when it comes to integrity issues. His signing over of a tv deal over to a Panamanian offshore company controlled by some later indicted Latin Americans was a serious misjudgement. Similarly when he and his crew held clandestine meetings with a Ukrainian oligarch before the 2012 Euros. There, Spain was only one winner.

Infantino may have to answer some questions sooner or later about the events that occurred weeks before kick-off but given Swiss Justice’s total incompetence, that won’t happen soon. Plus, that, too, will soon statute barred… give it another two years. Just like the Swiss prosecution of the 2006 Germans and the omnipresent yet always hidden Urs Linsi. Tell us Urs, what was discussed at that meeting with Teixeira and a few others on that Yacht in Piraeus Harbour before the Olympics? You know, the meetings that made you red faced and such…

Swiss Law and Swiss Sovereignty died fast, after 2015. It was always the world policeman who was going to get the fame, glory and hundreds of millions of dollars. Money that was apparently taken away from football, and which now rests in the Treasury’s coffers. I thought all of that money is football’s money… Will it ever be returned to football?

Switzerland was the useful idiot throughout. Desperately sucking up to the US for decades no matter the cost, Swiss prosecutors delivered some nigh-pornographic behaviour, possibly even breaching the laws of the land, only to protect Swiss banks. Or so they thought, but look how that turned out for them.

The US dismantled the core privacies of the Swiss banking system piece by piece. And continues to do so still today.

If there is anybody left who assumes that the various criminal investigations into wrongdoing by FIFA grandees and their helpers were an independent Swiss thing, then the recent developments in Berne and Bellinzona give a very different lesson: the Swiss axis collapsed, while the US keeps galloping ahead.

Some of the core criminals in this rancid football corruption saga were Americans, and many were Latin Americans, with a few Central Americans and Caribbean folk thrown in for good measure. There were hardly any Europeans involved. Just saying.

What the Americans – not the crooks, the other ones who claim to be the law – have not managed so far, is to indict a Swiss citizen, i.e. Blatter, Valcke, Kattner, Linsi & Co. (at least one of those four has been an informant from day one, of course). But now that his AG-buddy is in deep shit, Infantino wants to throw his own predecessor into the meat grinder. FIFA urged the Attorney General’s Office not to stop the Blatter investigation, which it wants to dismiss. Old Man Blatter’s comment was succinct: “Infantino is [batshit] crazy”, he told Le Monde.

As a Valaisan, Monsieur Le Président would understand French.