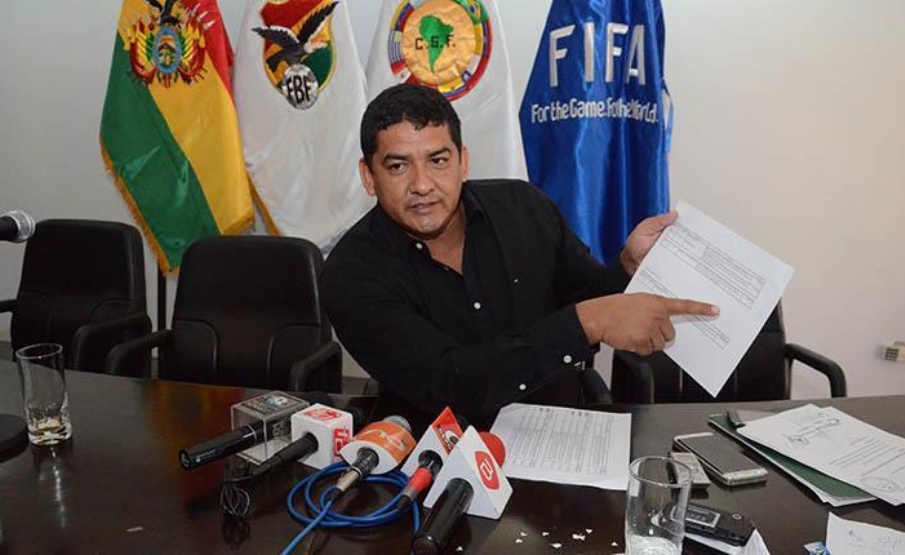 November 13 – South America’s World Cup qualifiers are never short of drama. On Thursday, the boss of the Bolivian FA (FBF) Marco Rodriguez was arrested during the Bolivia vs Ecuador over allegations of corruption.

Rodriguez, who is the interim chairman of the Bolivian governing body, was sitting in the stands at the national stadium in La Paz when police detained him.

Rodriguez had come under fire from local clubs and the player’s union who accuse him of corruption and illegal profiteering, and that he had failed to comply with a court order to leave the presidency of the FBF.

The FBF has been in turmoil in the lead-up to the body’s presidential elections, which will conclude on Saturday.

“Police came on a special commission to apprehend Marco Rodríguez,” Uribe told a local broadcaster, as quoted by Reuters.

Earlier on Thursday, members of a special crime division had also searched in the Europa Hotel in La Paz, stoking unrest among the FBF officials.

Bolivia went on to lose 2-3 against Ecuador, leaving them with no points after three rounds of matches in South America.