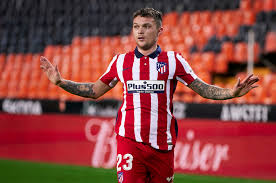 January 15 – The English Football Association has failed in an attempt to revise the dates of international defender Kieran Trippier’s ban for breaching betting rules.

The sanction on Trippier was imposed for giving information to friends on his transfer from Tottenham Hotspur to the Spanish capital in 2019 which he knew they were using for betting.

But Trippier served less than two weeks of the 10-week ban when FIFA paused the global extension of his punishment following an appeal by his club Atletico Madrid which contests the FA’s right to ban a player not active in its own league.

The FA asked its own independent regulatory commission to delay the enforcement of the ban until FIFA decided on whether it should apply beyond England.

But it has now confirmed that its effort to revise the sanction has been rejected, meaning the punishment expires whatever happens on February 28, even if the FIFA part of the case is still ongoing and Trippier, who is back playing for his club, misses no more games.