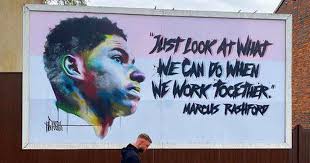 February 4 – The British government has threatened social media companies with fines which could amount to “billions of pounds” if they fail to tackle abuse of footballers on their platforms.

The issue of online racial abuse has burst into the spotlight recently, with players from Manchester United, Chelsea and other top-flight English clubs targeted, not least Marcus Rashford who last October became an MBE after using his status to raise awareness about child hunger and forcing the British government into a u-turn regarding underprivileged children claiming free school meals.

Both United and Chelsea have called for harsher penalties for social media companies and British Culture Secretary Oliver Dowden says the government is ready to step up their efforts to stamp out online abuse.

“We are willing to take the harder, legislative measures,” Dowden told the BBC. “I certainly am prepared to get tough. If you fail to enforce your own terms and conditions, stand up to your duty of care, then we will impose fines and we’ll take the power to impose very large fines – indeed up to 10 per cent of global turnover.

“For some of these big tech firms that’s running to billions of pounds.”

“As an ultimate pullback, I really don’t want to have to do this, but we do reserve the right to criminal sanctions for senior management as well, in the most egregious cases,” he added.

“It’s just pretty outrageous in this day and age” said Dowden. “There’s still problems in stadiums but, to a large extent it’s not the problem that it was. But it’s still rampant on social media.”