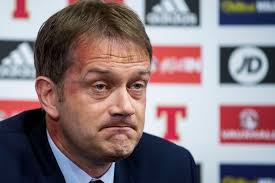 February 12 – An independent review of historical child sexual abuse in Scottish football has urged clubs to make a public apology to those affected.

The Scottish Football Association (SFA) commissioned the review in 2016 following an “unprecedented” number of allegations, related mainly to the 1970s, 1980s and early 1990s.

“I am deeply upset by the contents of the final report into sexual abuse in Scottish football and, in particular, by the deeply personal, traumatic experiences endured by young players who were abused by people in whom they and their families placed their trust,” said Maxwell.

“I reiterate my sincerest apology on behalf of Scottish football to all who have experienced abuse in our national game.

But the clubs themselves have been urged to apologise to the victims, 33 of whom provided personal accounts of their harrowing experiences including sexual abuse and rape.

In his report, author Martin Henry, a children’s charity official, writes: “Although we are clear that the direct responsibility for the alleged abuse of these young people and the consequent harm lies with the men who perpetrated, or are said to have perpetrated these acts, we are also very aware of the accountability which lies with clubs and organisations in football since these shared a duty of care to the young people in their charge.

“Apology should be made not just because the review recommends it, but more importantly because it is the right thing to do.”