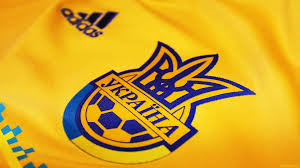 February 17 – Ukraine’s appeal against UEFA’s decision to award Switzerland a 3-0 Nations League walkover win in November as a result of positive Covid-19 tests in the Ukrainian camp has been heard by the Court of Arbitration for Sport (CAS). But there is no update on any verdict.

The Swiss had not won a single game on the pitch yet were awarded a 3-0 victory after the fixture was called off when the entire Ukrainian team were quarantined by local health authorities in Lucerne.

The decision lifted the Swiss, who had been in last place in their group, above Ukraine based on a tiebreaker of head-to-head results and relegated Ukraine from the competition’s top tier.

The Ukraine soccer federation later said its players tested negative on returning to Kyiv and said at the time that UEFA’s ruling constituted “a very dangerous precedent that strikes the principle of sport.”

The appeal called for CAS to order UEFA to reschedule the game or draw lots to decide a result. UEFA’s amended competition rules caused by the pandemic gave three options: a 1-0 win for either team or a 0-0 draw.

If lots are drawn, only a 1-0 loss would relegate Ukraine on a head-to-head tiebreaker with Switzerland. The other two options would reprieve Ukraine.

Ukraine’s appeal is unlikely to succeed since in the past CAS has upheld UEFA’s original decisions when it came to appeals by clubs in the Champions League and Europa League whose matches also had to be called off.