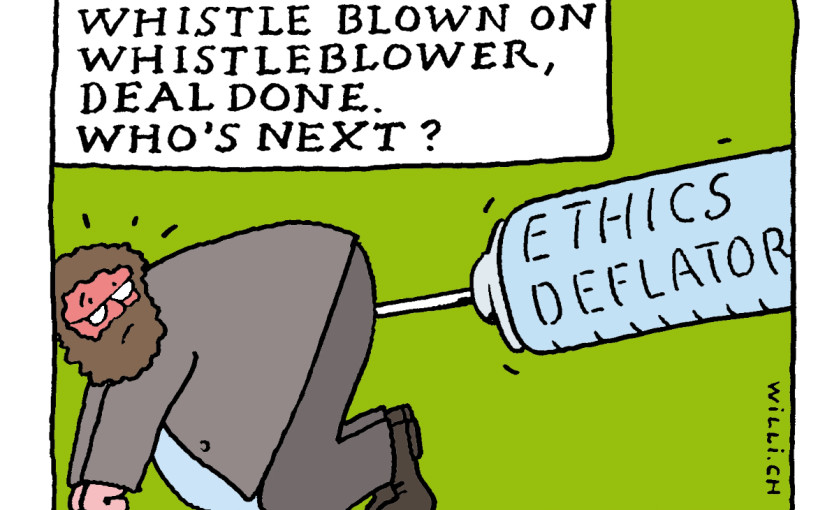 Football and leaks are a bit like cows and milk. One without the other appears to be quite impossible. That’s certainly true for cows. Without udders, there is no milk. And if the cow’s udder is not milked, the cow painfully dies. OK, that’s a worst-case scenario but does happen.

As for football and leaks, they are lovers: in a business that is largely owned and often operated by people who don’t have a clue about the game (but a fair clue of how to make or – more frequently – lose money), leaks are a solid part of the love affair. The leakers like to milk the game for what it’s worth. Unfortunately, the unequal lovers are sometimes victims of their own doing and the entire thing ends up in a royal mess when it develops into an unintended threesome, meaning: people who shouldn’t have known about the leak, now do.

So, and since this is a football mag, let’s assume we talk about a real big Club. Like, real big. So big that an entire League starts fretting when its leadership speaks. But not only a League. Even bigger is its influence. It is in a Super League of its own. If you thought that a big, a real big Club, of the importance and influence of – for example Man Utd – if such a Club talks (naughty critics would say ‘leaks’), people listen. Whaat? They don’t just listen! They come running. But sometimes, although they got the leaked message, they do as if they hadn’t quite got it. The leaker and the object of his desire, a writer, say, may have had an understanding but then suddenly others, not involved in the leak at first, get wind of it and general mistrust erupts.

Introduce the Woodward Factor. Bob Woodward, to be precise (to avoid any misunderstanding).

The American journalism giant liked being deep throated a lot. Of course that’s not what you think it is, because Deep Throat was the name of his leaker (nothing to do with good old Linda), whose identity he kept secret for decades. But as leakers go, Mark Felt, an FBI Agent, was eventually outed. Admittedly, that was 30+ years later but it happened. The same happened in football: Rui Pinto, desperately defended by those who profited from his Football Leaks revelations for years, eventually fell. He was identified. And last autumn he was charged and tried.

If you dance at several weddings, you mustn’t be surprised if the brides get wind of it. What happens is you’re left standing alone, in shorts, and its winter. In other words, if you sit in a Glazer Glass House, you mustn’t throw stones. Because if you do, the result can be unpleasant: what you launched as a cool leak – rubbing hands –  turns to garbage when unintended eavesdroppers pick up the message.

This is what you call the “Reverse Woodward Syndrome”, or RWS: unlike Bob, who was the recipient of leaked info, RWS applies when the leaker stands to profit from his leak. Basically, that’s what one would call self-dealing, right?

Thing is, not everything in life can be about maximising profits. And once you already are at the top of your earning potential, and once all that’s left is greed, people will start looking at you with different eyes. Like, say, true to your philosophy, you want to maximise what is hard to maximise even further, and you conspire with some other folks who think that the future is Super, whereas the present is merely a League.

But then you hear about another thing coming. You are told in confidence because you belong  – just like a handful others – that a new option is about to be launched, one that not only guarantees your financial future beautifully, but one that gives you more of everything, including the opportunity to participate in shaping the commercial future of that new thing.

But – you still want more, or at least you claim you do, full well knowing that what is on offer is already more than what you’ve got today – and that it can further increase once 35 others sign up and go for it.

When you are told that the commercial control will be shared, you’re happy (after all you helped negotiate that..). But as a leaker who always wants more, you’d say that you are not, although untrue. You want to up the ante, to maximise your profits even more. It’s capitalism, after all, right? But is it intelligent? While he knows full well that the “New Deal” will profit not only himself but also his other English Club owners, he, so the saga goes, tries the old adage of his trade and wants ever more by exercising pressure. No matter the cost. And the best way to accomplish that, he thinks,  is by doing the cow thing, or in football, the leak thing.

Thing is, the leaker is not alone. There are far too many players in this equation, and they, too, have burps and indigestions to share. And while the leaker thinks he’s so cool, other leakers play the game, too. And better. They offer leaks as well – after all it is football, right, and it lives off money and leaks – and they run into the same type of recipients, always keen, always ready to pick up where the competition has left off.

So the sordid end of the story is unlike Woodward, Nixon and Felt. It is more like “Man, U didn’t! Did you?” and “Look at me, I have better stuff to leak, tell me who leaked THAT one”.

Leak done, the “Glass” House in shambles and others rejoice. They chant, what sounds a bit like Hare Krishna but is: “Not every Woodward is a Bob”.