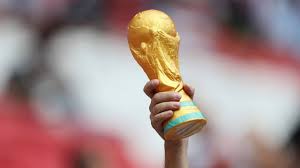 So FIFA’s brilliance has created yet another money-making scheme – after the quietly supported Super League ended in a fiasco and the Saudi-sponsored complete makeover of FIFA a year or so ago didn’t find any takers either.

They fell apart much to the dismay of Infantino, who would have been the Don of Dons of football, controlling a totally new entity that controls all rights and such; remember the 25 billion-Dollar-Sofbank-deal?

This time, the scheme is to have the WC (it used to be the World Cup, now it would become the WC) every other year. Football total. Every year a big deal: 120+ qualifying matches around the world for the next year’s WC, then the WC itself. Totally brilliant.

And FIFA are greedily collecting lackeys and lovers of the idea, pronto. Apparently the new billionaire owner of Africa (co-owner, with Infantino that is, sorry), or is it African Football, is well on board. As he is with the very same type of Super League that melted away so awfully a few months ago in Europe. Not in Afrikaah! Here, it is done what FIFA wants to get done. And Motsepe is calling the shots, well, kind of (does he have a clue about football? Does he really?)

The African Confederation (or what is left of this neo-colonial FIFA subsidiary), has staunchly voted to support the effort (apparently forgetting, just a little, how difficult it already is, every year, to get African players to take a break from their Clubs and Leagues and disappear for the African Nations Cup…), thus putting even more pressure on its very own players.

African Nations Cup, Super League, European League football, Champions League, Europa League, Conference League – they all don’t matter: what matters is Infantino’s wet dream to further burden the football calendar (fastidiously created by professional mathematicians – at least in Europe) with additional football. As if the world doesn’t have enough football – in all Confederations, in Europe above all, anmd where most of the high-earning African stars are playing, literally, everywhere.

If “Aunt Crabbie could call it, she’d call bullshit”, some say. I’m not sure, which Club, which League, which football manager wants to play permanent year-round football. Maybe we should call it is: permanent football to maximise FIFA’s income and destroy the game everywhere else. To the detriment of all players.

And of course –  and don’t you ever forget – to boycott UEFA, mess up its Champions League (which makes far more money than FIFA’s tournaments altogether) and destroy Europe’s top Leagues – and those in CONMEBOL and CONCACAF.

But the AFC, so one hears, is moving towards Infantino, too: football powers like Bangladesh, the Maldives, Sri Lanka and Nepal have offered (written support) already. Isn’t that great. One wonders what the quid for their quo is… (take a wild guess). It would be rather surprising if Japan, South Korea or other real contenders were to join the effort. As for Saudi, they will vehemently support their man, of course. Always, no matter what asinine new money-raking idea is on offer.

So let’s sit and watch the next charm offensive, which cannot be far away and which will try and sell the unwanted to the uninterested.

Who says football is boring?