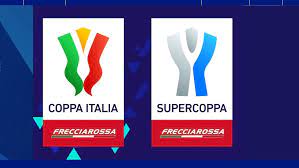 November 23 – Italian train operator Trenitalia has signed a deal with Lega Serie A for the naming rights for the Coppa Italia and Supercoppa Italiana.

The Frecciarossa brand name will be attached to the titles of both events starting with the second knockout rounds of the Coppa Italia Frecciarossa next month. The Supercoppa will be played in Milan on January 12.

“We are very happy to ‘welcome on board’, among the official partners of Lega Serie A, Trenitalia, the great Italian mobility company capable of making millions of Italians travel safely, punctually and efficiently,” said Lega Serie A CEO Luigi De Siervo.

“This important partnership is the result of the repositioning of the Coppa Italia that began this season after the introduction of a new and more competitive format of the tournament which, for this very reason, has generated an increase in revenues from the sale of rights to new domestic and international broadcasters.”

Saudi Arabia had originally been the preferred venue for the Supercoppa between Scudetto winners Inter and Coppa Italia champions Juventus, but for that to happen a deal had to be struck regarding broadcast rights. When that wasn’t achieved, Milan’s Giuseppe Meassa stadium became the match venue.

Saudi Arabia will reportedly however be offered the chance to host future editions of the Supercoppa.

Frecciarossa sponsorship of the Coppa Italia and Supercoppa Italiana is for the 2021/2022 season only, but the train operator will also become the Travel Partner of the Serie A TIM and eSerie A TIM for the next two years.

“We are particularly satisfied with this partnership,” said Luigi Corradi, CEO and General Manager of Trenitalia, “because we are getting closer to many football fans in order to tell them about the commitment of Trenitalia and Frecciarossa for an authentic sustainable and integrated mobility.

“In addition, the agreement with Lega Serie A is also of fundamental importance at a time when the Country is restarting, and the train, a green vehicle par excellence, is at the centre of a new model of shared and collective transport”.