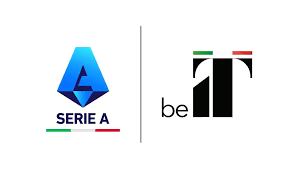 January 11 – Italy’s Serie A has partnered with government ministries to promote the country and the ‘Made in Italy’ message worldwide.

Globally Serie A has deals with 60 broadcasters covering more than 200 countries – an estimated 800 million viewers who watch Serie A every year abroad.

The league said the partnership will promote the “telling a story of style,  passion, innovation and creativity typical of Italy’s excellence.”

Carlo Ferro, President of ICE Agenzia, said: “The new platform Madeinltaly.gov.it, its promotion through major sporting events and the nation branding campaign are part of the 19 new actions of ICE Agency to  promote Italian companies at a time of restarting international trade. This collaboration with Lega Serie A will help to promote the Made in Italy brand around the world.”

Ferro said the Euros win last summer attracted the eyes of the world to the country and showed the values of teamwork. “This is how the promotion of the Country System must be in collaboration between companies and institutions on international markets. Few sports like football attract the attention of consumers around the world to Italy. That’s why I’m confident in the results of this important initiative!”

Luigi De Siervo, CEO of Lega Serie A said: “Once again, football proposes itself as the driving force of the country. History and tradition, but also imagination and courage, with respect for the past and a focus on the future are common characteristics of Italy and Serie A. Thanks to this collaboration, whom we are extremely proud, we will bring even more the witness of Italian excellence in the world, promoting the best ofwhat Made in Italy has always repre sented for millions of people.”