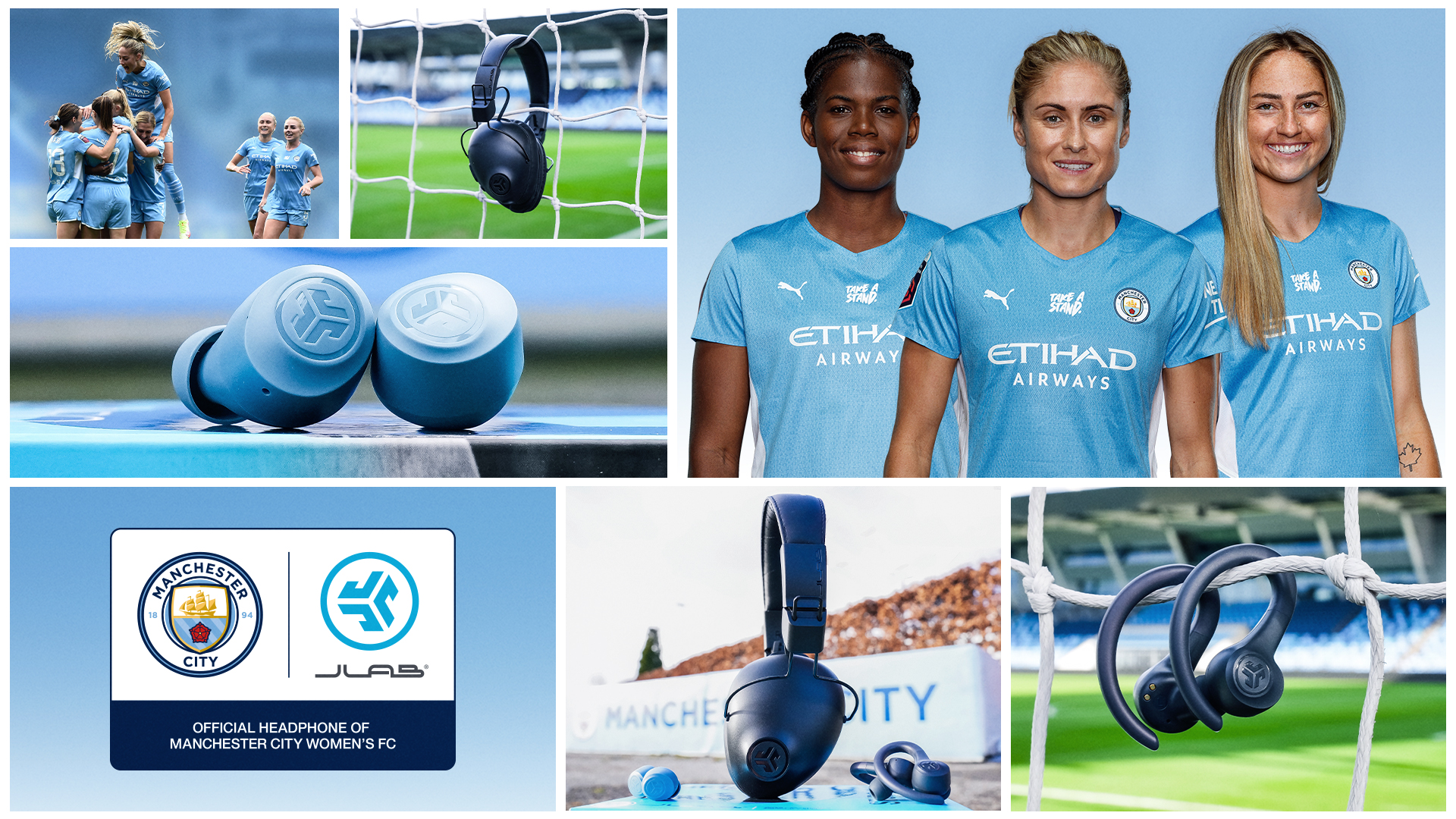 February 8 – The advantage of having a large sales portfolio of big and champion (or near champion clubs) means you can slice and dice your inventory.

City Football Group, owners of Premier League champions Manchester City and MLS Cup champions New York City FC, have done just that across the two clubs – though on the Manchester end the latest deal is with the Women’s team (MCWFC).

JLab, described as “a leading personal technology company based in the United States and available in 80+ countries globally”, has become the Official Headphones Partner of both MCWFC and NYCFC.

The agreement with Manchester City Women is JLab’s first international sports sponsorship. The company already has deal with Major League Soccer in the United States.

JLab’s products vary from sport headphones to office accessories and the new GO Air POP true wireless, which were released in the UK in January. The brand will feature across MCWFC digital and social channels, as well as activating bespoke content creation and in-stadia assets at  the Academy Stadium.

JLab will be branded across NYCFC social and digital channels this season, including a fan sweepstakes later this year. JLab products into the club’s matchday presentation and other club events.

Win Cramer, JLab CEO, said: “JLab is excited to reach the global soccer community in a meaningful way throughpartnerships with Manchester City Women’s Football Club and MLS Cup Champions NYCFC. Being a ‘girl dad’ this is super exciting for not just JLab, but me personally to support women in sports.”

While the Man City men’s team has developed a host of global and regional sponsor partners, the women’s team is in relatively earlier days of rolling out their brand in its own right internationally.