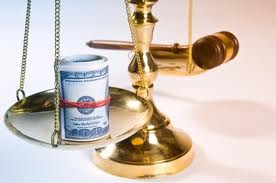 When you leaf through the Regulations of FIFA, all sorts of useful titbits come to light. The global governing body of football claims this in its Code of Conduct: “FIFA bears a special responsibility to safeguard the integrity and reputation of football worldwide.” The FIFA Code of Conduct also claims that it ‘defines the most important core values for behaviour and conduct within FIFA as well as with external parties’. Sounds good.

The same Code of Conduct specifies what the various Committees are supposed to do. “Supposed to do”, appears to be the operative expression for a reality that is fraught with oddities, to put it kindly.

Paragraph 2. of the Code stipulates : “The Ethics Committee is entitled to investigate and judge the conduct of persons who were bound by this or another applicable Code at the time the relevant conduct occurred.” Makes sense? Sure.

Paragraph 5 of the Code specifies matters that are relevant to the Ethics Committee. Under 5.2., it says: “The Ethics Committee proceedings shall be made up of an investigation and an adjudicatory process.” And under 12.4. it says: “The limitation period, when applicable, shall be interrupted where criminal proceedings are formally opened against a person bound by this Code during such proceedings.” This last point may become a tad annoying further down the road, given that one particularly relevant person is indeed under criminal investigation right now.

Another paragraph – para 13 – says, in article 13.3. that “Persons bound by this Code [of Conduct] shall appreciate the impact their conduct may have on FIFA’s reputation, and shall therefore behave in a dignified and ethical manner and act with complete credibility and integrity at all times.”, while 13.4. says: “Persons bound by this Code must refrain from any activity or behaviour or any attempted activity or behaviour that might give rise to the appearance or suspicion of improper conduct as described in the sections that follow.”

I believe that these two articles are what I would call ‘ouch’ articles, given that they could – and should have long ago – hurt the Ruler of the Game. Think about it: promoting a complete idiot ‘chef’ whose claim to fame is to spray salt on his steaks via his (sweaty?) elbow, in Dubai and in what appeared to be in a half-drunken state, hardly corresponds to what ‘behave in a dignified manner’ was supposed to mean.

I admit that this is merely what could be classified as ‘over the top behaviour’ of an avowed narcissist, no more. A bit like that of an Eastern European communist leader, who went to see a movie that glorified his victorious arrival in his capital city. The entire audience jumped out of their seats to applaud feverishly. He of course didn’t. After all, it was him they applauded…Until a guy behind him slapped him on his bald head and said: “Get up, baldie, and applaud before the Secret Police arrest you.”

Not all applause is genuine, nor honest. But some don’t quite get that, do they.

By now, most of my readers will have understood where this excursion is going. But let me add paragraph 19.2. for an even better hint at what I am up to with all this. It reads: “Before being elected, appointed or employed, persons bound by this Code shall disclose any relations and interests that could lead to situations of conflicts of interest in the context of their prospective activities.”

If some readers still haven’t quite grasped the longish intro to the meat of the matter, let me provide a clue: Gianni Infantino is under criminal investigation in Switzerland for things that are highlighted verbatim in the FIFA Code of Conduct.

He should have refrain[ed] from any activity or behaviour or any attempted activity or behaviour that might give rise to the appearance or suspicion of improper conduct. And he was most certainly bound by the Code to “disclose any relations and interests that could lead to situations of conflicts of interest in the context of their prospective activities.”

The charges being investigated by two newly appointed Swiss Special Prosecutors (the original prosecutor was so pissed off with his findings that he made damning public statements to the media, which led to his dismissal), are exactly about conduct, conflicts of interest (of his prospective activities) and the fact that “Persons bound by this Code [of Conduct] shall appreciate the impact their conduct may have on FIFA’s reputation, and shall therefore behave in a dignified and ethical manner and act with complete credibility and integrity at all times.”

Paragraph 20.1. defines the type of gifts or benefits Infantino (and of course anybody else within FIFA) may accept: “Persons bound by this Code may only offer or accept gifts or other benefits to and from persons within or outside FIFA, or in conjunction with intermediaries or related parties as defined in this Code, where such gifts or benefits:
a) have symbolic or trivial value;

Let me ask you this: is chartering a private jet to fly from Suriname to Geneva, under the pretext (or should I say the lie, because there was no meeting with the UEFA President who was in Central Asia that day on an official visit) that he had no other choice because a meeting was scheduled with the UEFA President the next day. Is that charter, which cost in the region of $500,000, of symbolic or trivial value ? Let’s assume it was not a gift and FIFA paid for the jet. In that case, it was certainly a benefit, and that benefit was based on a lie.

If article 25.1. is supposed to have any meaning, then this ain’t good news, is it. Because the article says: “Persons bound by this Code shall not abuse their position in any way, especially to take advantage of their position for private aims or gains”.

But all of the above is child’s play compared to what is really at stake here.

So, what about the sacrosanct FIFA Ethics Committee then? What’s their job, really?

The Ethics Committee has the exclusive competence to investigate and judge the conduct of all persons bound by this Code where such conduct:
a) has been committed by an individual who was elected, appointed or
assigned by FIFA to exercise a function;
b) directly concerns their FIFA-related duties or responsibilities; or
c) is related to the use of FIFA funds

So that’s what they can do. But is it what they do? Not really.

Josef Blatter was sanctioned and suspended by FIFA’s Ethics Committee in a similar case to Infantino, except he might claim that the allegations against Infantino are worse because he invented a whole sequence of events – and lied. I guess most people lie once in a while. But those who suffer from the Clinton Syndrome (i.e. getting caught) suffer the consequences. One would think. But not all do, do they?

The present charges against him refer to Articles 312, 320 and 305 of the Swiss Criminal Code. In particular, Infantino is being investigated for the suspicion of Abuse of Office, Disclosure of Company Secrets and Favouritism. All of that is in the context of “suspicious criminal wrongdoing related to several meetings Infantino had with the former Prosecutor General of Switzerland, Lauber, and the Chief Prosecutor of the Canton of Valais”.These are just the original charges, the Prosecutors say. Additional charges might be investigated, they say.

What is it with people in high places and their memory lapses? After he took over, Infantino promised to clean FIFA of its corrupt past. And promptly kicked out the Members of the FIFA Ethics Committee and appointed a bunch of sycophants whose leader doesn’t speak a word of English and hails from a country famous for its high legal standards.

One asks, how does all of that tally with the duties of the President as outlined in the FIFA Governance Regulations pertaining to the President:

Article 2. of those Regulations says:
(…) While performing his activities, the President shall be, and thus contribute to FIFA being, a vanguard for promoting the following principles, rights and values in particular:
a) Integrity, ethics and fair play; (timid smirk)
b) Human rights and humanitarian values; (timid smirk)
c) Non-discrimination, gender equality, equal treatment in general, and the
stance against racism; (timid smirk smirk)
d) Solidarity and mutual respect in football as well as in society in general; (yawn)
e) Promoting friendly and peaceful relations within FIFA as well as in society
in general for humanitarian reasons (timid smirk, yawn, yawn)

His compliance with point a) is a bit laughable when one considers the criminal charges presently being investigated. Point c) fell flat on its face after the bizarre speech Infantino gave at the Council of Europe where he seemed to claim that a Biennial World Cup would help the African migrants not to die in the Mediterranean(?!). He said, after presenting his wet dream project “We must give the Africans hope, so that they won’t have to cross the Mediterranean to find a better life, or more likely, death in the sea.”

Many considered those statements insensitive and an affront against Africans  – and pretty much racist. Of course Patrice Motsepe, enthroned by Infantino as his own Viceroy running African Football, raced to his defence and claimed – much like FIFA’s own porte-parole sycophants in Zurich – that the one thing had nothing to do with the other. But of course not. After all, this was a billionaire speaking. Or so we all thought. Oddly enough a person of some clout in South Africa said in open court the other day that Motsepe was no billionaire but simply an ”impostor”. We don’t know – do you?

Points d) and e) fall foul of the Code instantly, after one listened to Mahmoud Berraf, Head of the National Olympic Committees of Africa, who had this to say at the 139th Plenary Session of the IOC in Beijing about Infantino’s Biennal World Cup dream: “…the plan would damage and endanger sports in general and football in particular”.

How is that compatible with either of the above-mentioned points d) or e)? Isn’t he bringing football and FIFA into disrepute? Where’s the solidarity with the Olympic Movement (which has its own governance issues, no doubt about that)? After all, Article 14.2. of the FIFA Governance Regulations demands this: “The President shall aim to ensure that FIFA’s statutory objectives, mission, strategic direction, policies and values are sustainably pursued and to foster a positive image of FIFA.”

This author thinks there insufficient grounds to question those maxims with regard to FIFA, which, under Infantino’s reign, has hardly complied with his full-mouthed announcements that this was a New FIFA, a FIFA without corruption and all that jazz.

But the New FIFA, Infantino’s FIFA, is on the fast track of becoming way worse than what was largely unpalatable in the past.

Hence, why is Infantino still in office? Why was he not suspended? Why is HIS Ethics Committee just standing by without doing a thing? Why? Do you know? Do you need to ask? (timid smirk smirk)