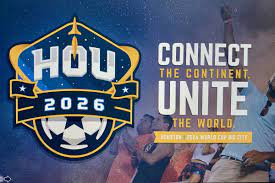 May 6 – The Houston 2026 World Cup Bid Committee, who are expected to learn whether they have secured one of the 10 US hosting slots in the coming weeks, have backed the City of Houston’s adoption of the Children’s Bill of Rights in Sports.

The bill is in line with the Houston 2026 bid’s Grow the Game Initiative and its human rights strategy.

Developed by the Aspen Institute’s Sports & Society Program through its Project Play initiative, the Children’s Bill of Rights in Sports will ensure full opportunity and participation of children to play sports and is made up of eight rights aimed to advance youth sports in Houston.

With the on-going controversy surrounding migrant workers and their human rights in Qatar – issues that refuse to go away – Houston right at the start of its bid in 2019 developed a community driven Human Rights Report as part of its hosting bid.

Engaging with more than 100 local, national and international stakeholders, the report outlined 73 activities with built-in enforcement mechanisms to enhance and protect human rights in eight areas and to ensure they were central to all areas of the bid committee’s delivery plan.

“The City of Houston continues to make bold advancements to affect change, address critical social issues and advance human rights. The adoption of the Children’s Bill of Rights in Sports is fully aligned with FIFA’s human rights goals and our Grow the Game initiative. It will ensure that every child has access to sports and benefit generations to come,” said Houston 2026 World Cup Bid Committee President Chris Canetti.

Most recently, Houston 2026 and the City of Houston Mayor’s Office held a Human Rights Think Tank as part of Soccer Innovation Institute (the body which will lead on 2026 legacy in Houston) to discuss the intersection of children’s rights in sports and reduction in gender-based violence.