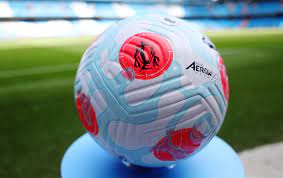 August 5 – Thirty years after it was formed, the English Premier League returns to action this weekend with the two usual suspects, Manchester City and Liverpool, again expected to vie for the title though one or two others will fight tooth and nail to try break their domination.

Premier League clubs have splashed an estimated £1 billion on new players ahead of the start of the campaign which begins tonight when Arsenal, bolstered by a couple of key signings in Gabriel Jesus and Oleksandr Zinchenko from Man City, visit Crystal Palace.

After winning four league titles in five years, Pep Guardiola’s Man City may have lost Jesus but have been strengthened by the big-name arrival of Norwegian super star Erling Haaland.

Haaland had his choice of Europe’s top clubs after scoring 85 goals in 88 games for Borussia Dortmund. He may have had a debut to forget in the 3-1 defeat to Liverpool in the Community Shield but looks certain to be a massive danger to Premier League defences.

“There is no reason not to be confident,” said Man City boss Pep Guardiola. “What these guys have done, not just in the Premier League, but in the cups, the steps we have made in Europe and in many things.”

Argentine forward Julian Alvarez and England international midfielder Kalvin Phillips have also arrived at Man City while Raheem Sterling has switched to Chelsea who will nevertheless have their work cut out matching their third-placed finish last term following a summer of upheaval in the wake of Roman Abramovich’s departure and new owners stepping in.

Liverpool are of course again the side best placed to capitalise on any slipups by City.  Jurgen Klopp’s team were denied a historic quadruple by the finest of margins last season as they were pipped to the title by a point and lost the Champions League final Real Madrid after winning the League Cups and FA Cup.

The Reds have also refreshed their front line with the £60 million signing of Darwin Nunez to compensate for the loss of Sadio Mane to Bayern Munich. Nunez made an immediate impact in the Community Shield, winning a penalty and scoring to turn the game in Liverpool’s favour.

If there is to be a challenge from the chasing pack, it could come from Tottenham Hotspur who have not won any silverware since the 2008 League Cup.

Ahead of Antonio Conte’s first full campaign in charge after he arrived halfway through last season yet miraculously managed to steer Spurs into fourth spot and a Champions League place, the club have signed no fewer than six players as well as retaining the star duo of Harry Kane and Son Heung-min as they aim for a first league title in 62 years.

Arsenal have been in blistering pre-season form while Manchester United, after years of under-achievement, will finally aim to push for major honours and revive past glories after acquiring the man they targeted as manager in Erik ten Hag.

Outside the traditional contenders, Newcastle United fans are confident of their best season for years after being taken over by a cash-rich, Saudi-led consortium.

One familiar team will be missing. It will be the first Premier League season without Burnley since 2015-16. Norwich and Watford also went down with Fulham, Bournemouth and Nottingham Forest promoted in their places.

The biggest change in terms of new rules is that each team can now make five substitutions per game, up from three. The Premier League brought the rule in for the remainder of the 2019-20 season when football returned after the first Covid lockdown in 2020.

But while most of Europe’s other leagues – and UEFA competitions – kept five subs, English football went back to three. Now, however, the top flight have fallen into line with the rest of the continent.

Let’s not forget too that there will be an enforced temporary halt to the season in November and December for the World Cup in Qatar. Teams will be allowed to play friendlies but it remains to be seen just how disruptive the unprecedented and controversial break will be.