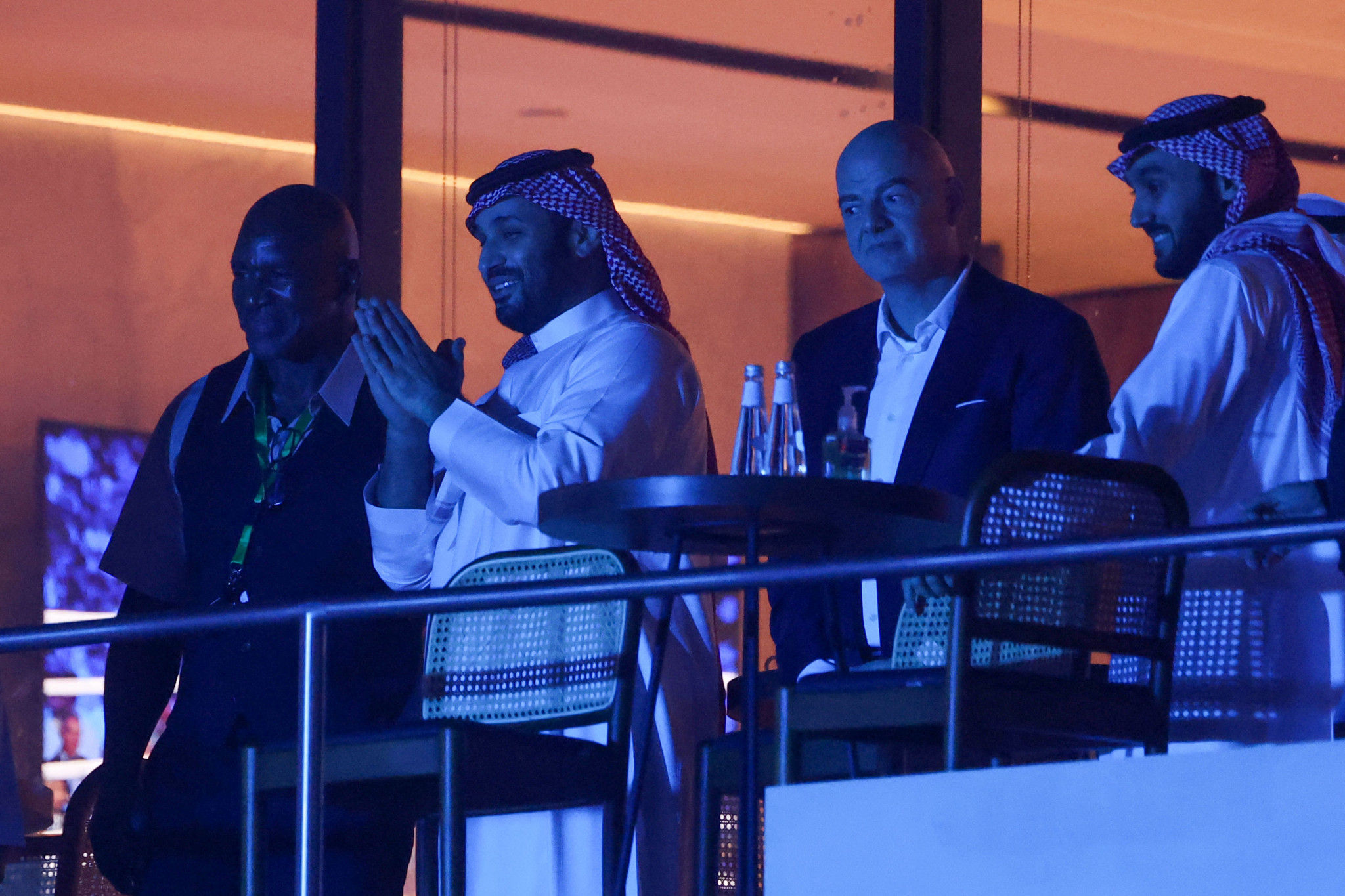 In some quarters, the fight was seen as the Kingdom’s latest major sports washing event, but Gianni Infantino, who resides in Doha, took the opportunity to socialise with Mohammed bin Salman in the latest of several meetings with the crown prince. Infantino has long courted Saudi Arabia, the Arab Kingdom which is seeking to establish itself as a host of major international sporting events.

It is understood that Saudi Arabia wants to host the 2030 World Cup with Egypt proposing to team up with Saudi Arabia and Greece to stage the global finals.

“We seek to organise the FIFA World Cup and we are studying well the idea of submitting an application to host it in 2030 so that we do not repeat what happened in 2010,” Egyptian sports minister Ashraf Sobhi told state-owned Egyptian publication Akhbar El Yom following a meeting with his Saudi counterpart Prince Abdulaziz bin Turki Al-Faisal.

If the three countries were to launch a bid, they would face competition from a bid by Spain and Portugal as well from a Comnebol proposal to stage the World Cup in Argentina, Chile, Uruguay and Paraguay to honour the first-ever tournament being staged in Uruguay.

This weekend bin Salman told the AFP that the Olympic Games would be ‘the ultimate goal’ for Saudi Arabia, perhaps implying that the World Cup might not be the main priority. The Kingdom is already bidding for the 2027 Asian Cup as well as the 2029 Asian Winter Games.

Even so, Saudi Arabia has enjoyed a more visible role in FIFA affairs in recent years. It was the Saudi Arabia Football Federation that formally proposed to stage the World Cup every two years.

The biennial proposal generated strong opposition and when the plan fell flat Infantino claimed that FIFA had never proposed a biennial finals, but simply wanted to study the idea. Infantino, earlier in his presidency, proposed a £25 billion sale off FIFA competitions to Saudi-backed Softbank – a move that was curtailed by FIFA’s Council who demanded more transparency around the offer which Infantino was not prepared to give.