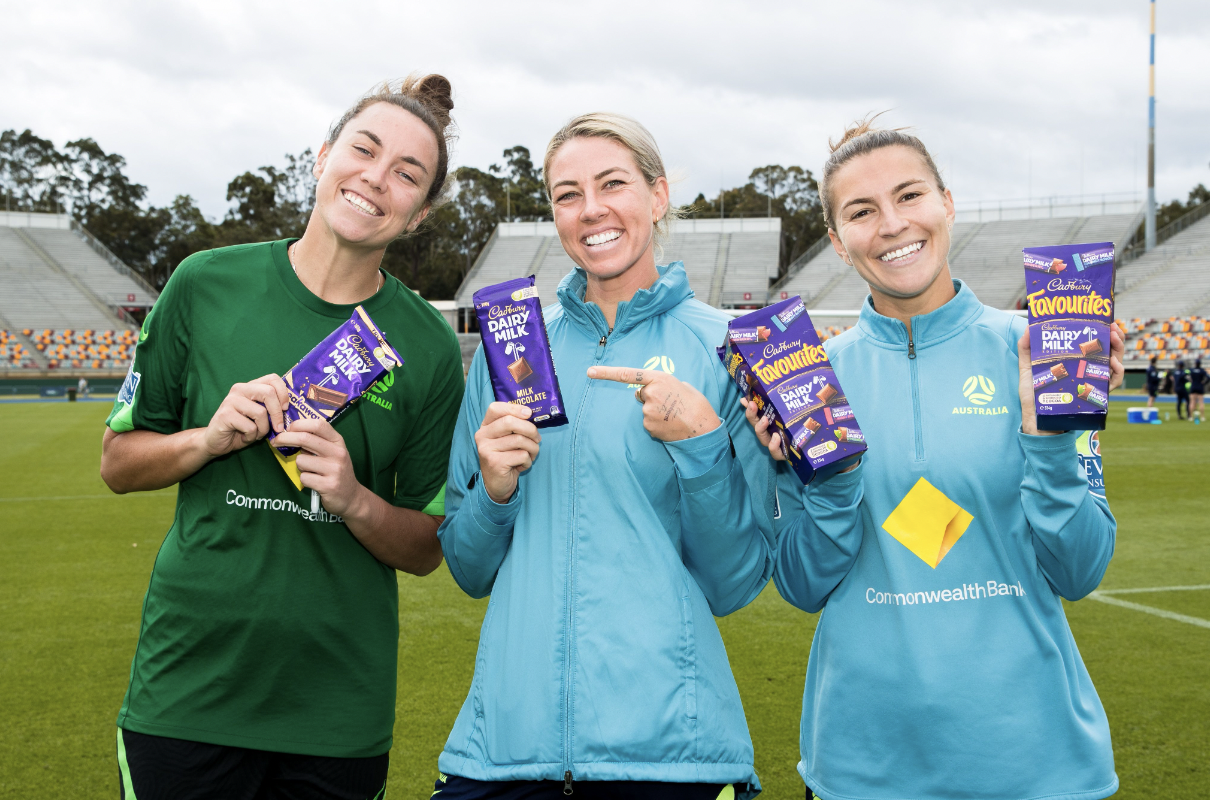 September 6 – Football Australia have renewed confectionery brand Cadbury as an Official Partner of the national women’s team, the CommBank Matildas, for a further four-years until 2026 – taking them through the home hosting of the women’s World Cup.

Cadbury  made the encouragement of women to play the game  and empower them within it a key part of the sponsorship activation through their “Get in the Game’ campaign. That theme of increasing participation and equal opportunity will continue through the renewal.

Football Australia Chief Executive Officer, James Johnson emphasized the increased popularity of the women’s team and that is only expected to grow through the 2023 World Cup and over the next few years.

“With the CommBank Matildas set to play several matches on home soil over the next ten months, and Australia to co-host the FIFA Women’s World Cup Australia & New Zealand 2023, we are expecting unprecedented growth in women’s football over the next decade. To meet this demand, Football Australia is working with likeminded partners such as Cadbury to promote equality in our sport, where female footballers enjoy the same level of facilities and resources as their male counterparts, and support the development of future CommBank Matildas.”

The concept of promoting women within the game was echoed by Paul Chatfield, Vice President of Marketing at Cadbury, who said: “With the FIFA Women’s World Cup here on home soil next year, what better time to be shining a light on our incredible female athletes and inspiring the next generation of girls in communities across Australia.”