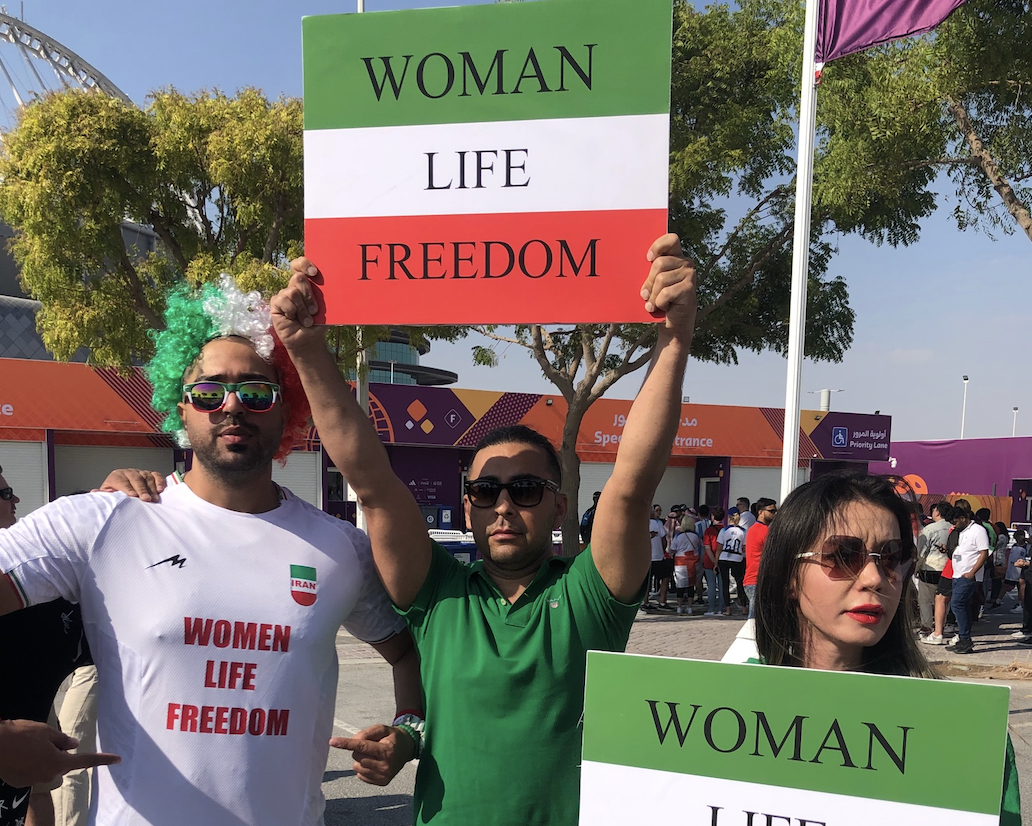 November 22 – Iran’s players boycotted their national anthem in a silent protest against the regime back home ahead of their World Cup curtain raiser against England.

England vs Iran was always going to be more than simply football with orders coming down from FIFA that wearing the OneLove armband would lead to sporting sanctions and Iranian supporters protesting the brutal crackdown against nationwide protests that have rocked Iran since the death of 22-year women Masha Amini in the custody of the morality police.

Human rights activists have said more than 400 protesters have been killed and 16,800 others arrested.

The refusal to sing the national anthem was a powerful statement with the world watching. Before the game, Iran captain Ehsan Hajsafi said the players supported those who have died.

Iranian fans jeered the anthem and held up signs ‘Woman, Life, Freedom’ but the ground staff asked fans to put away Persian flags, a symbol of freedom from before the Islamic Revolution in 1979 and to wear protest t-shirts – often depicting Amini – inside out. It was yet another sign that this FIFA will not tolerate any form of political messaging, despite its own overt political posturing.

The fans had chanted Ali Karimi’s name all day. The former player became a vocal critic of the regime and the Revolutionary Guards called for his arrest before Karimi fled Iran.

Iran’s coach Carlos Queiroz had previously said that his players were ‘free to protest’, but following the disappointing 6-2 defeat the Iran coach complained that the political backdrop was taking its toll on the players.

“You don’t know what these kids have been living the last days just because they want to express themselves as players. Whatever they do or say, they want to kill them. Let them represent the country and play for the people. Everybody represents the people here,” said Queiroz.

Agitated, Queiroz hit out at the fans: “The fans from Iran that are not ready to support the team should stay home. We don’t need that.

“All Iranians are welcome in the stadium. They have the right to criticize the team, but those that come to disturb the team with issues not just about football are not welcome.”

The Iranians fans countered that they were their to support their country and their people, but not the regime. Sometimes life is more important that football, perhaps not so in Qatar or at FIFA?

Iran will play Wales next in a do-or-die Group B match, but politics and protests will never be far away.