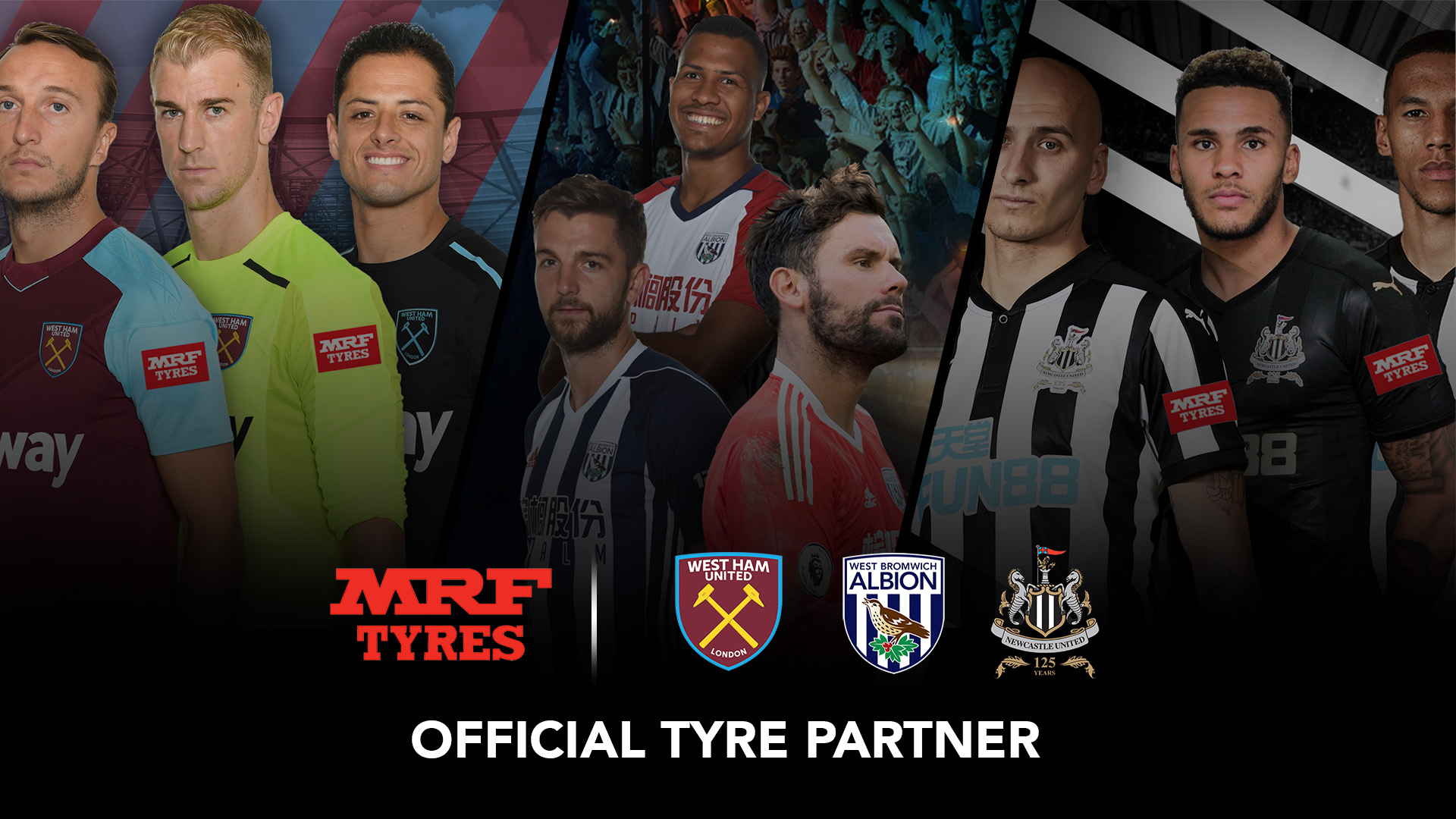 September 9 – Indian tyre brand MRF has signed a hat-trick of sleeve sponsorships in the Premier League signing Newcastle United, West Ham United, and West Bromwich Albion in one-season deals taking them through to May 2018.

This is the first season that clubs have been able to sell the sponsorship position on their left sleeve under new Premier League rules.

MRF is India’s leading tyre brand and has over 15,000 staff worldwide. It has generally focussed its marketing spend on cricket and motor sports, but is now adding what it says is a “third engine” to its brand marketing strategy.

Koshy K Varghese, executive vice president, MRF, said:.”We are delighted to enhance our engagement with the Premier League after a modest start in 2016/17, with this multi Club tie up for the 2017/18 season. MRF has been traditionally associated with Cricket and Motor Sports and is now keen to use Football as the third engine of its Brand Strategy to build its specialized Motor Sports Tyres brand in Europe. We are confident that this association with EPL is a powerful step in the right direction for Brand MRF.”

The deals were negotiated by the SportQuake agency. No value was given for the deals.