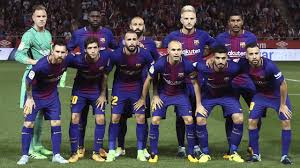 Six out of the eight top ranked clubs were still competing in European Cups at the beginning of this week. Barcelona and Real Madrid top the rankings.

“This illustrates the relationships between long-term planning and success,” say the CIES authors.

“On average, a Barcelona first team squad member has 3.23 years of contract remaining. This figure is 3.59 for the 11 players who have been fielded the most in domestic league games so far this year. The longest average contract durations for the other big-5 leagues were measured for Tottenham, LOSC Lille, RB Leipzig and AS Rome.’

23 clubs have an average of over three years of contract remaining for the 11 players who have been fielded the most in domestic league games.

19 clubs have an averge of less than two years of contract remaining for the 11 players who have been fielded the most in domestic league games. That number jumps to 40 clubs when looking at the whole squad.

“The lowest figure overall was observed for the French side Amiens (0.99 years). In three clubs only, the average contract duration of the 11 most fielded players is below one year: Crotone, Benevento and Strasbourg. All the teams at the bottom of the rankings are confronted with the difficulty of renovating their squads without losing competitiveness,” says CIES. 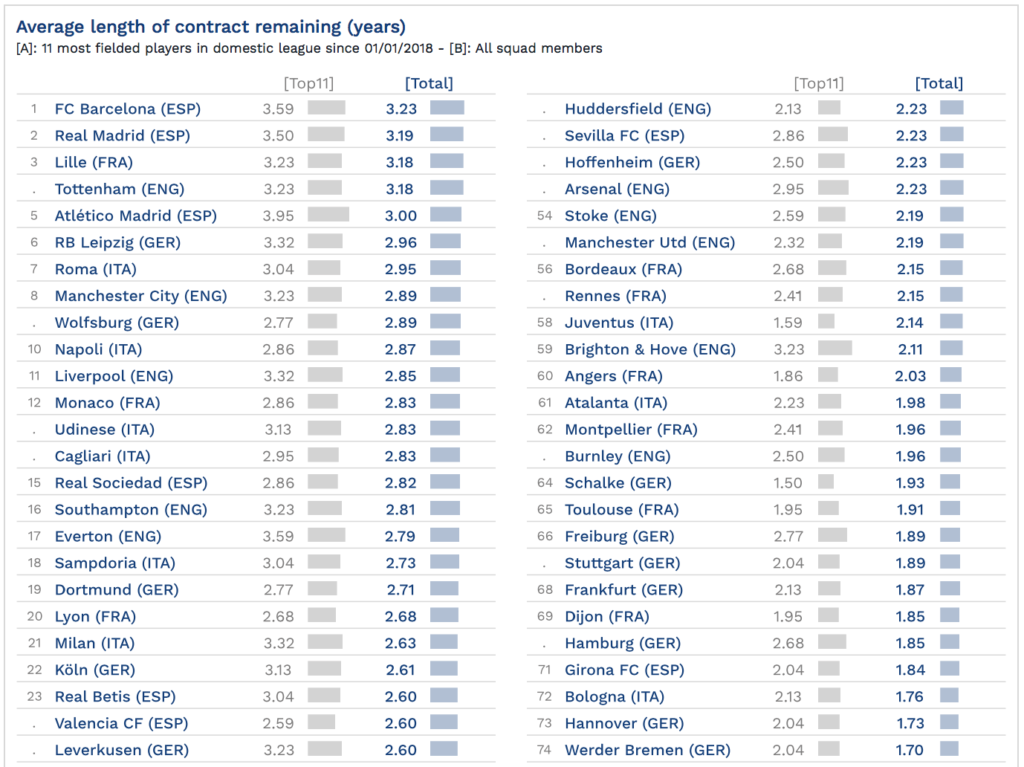 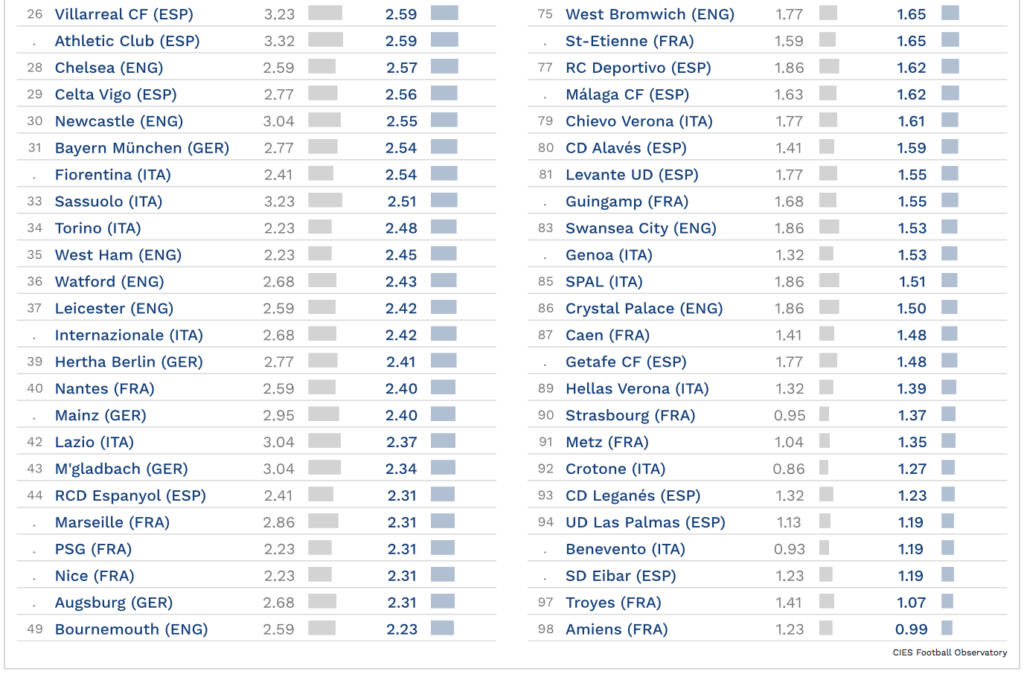