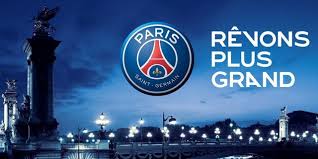 April 12 – Paris St-Germain are facing fresh accusations of failing to meet financial fair play (FFP) regulations with officials set to meet with UEFA in an effort to stave off being sanctioned again, according to reports.

UEFA opened an investigation into PSG’s spending in September, with its president Aleksander Ceferin saying a month later that  the organisation could announce by the end of this season what sanctions, if any, it will impose.

Last summer PSG broke the world record transfer fee when they signed Neymar for €222 million. The club also signed Kylian Mbappe on loan from Monaco in a deal that is set to be made permanent for €165.7 million at the end of this season.

The club were acquired by the Qatar Sports Investments fund in 2011. Three years later, they were fined €60 million by UEFA for breaching FFP which require clubs to fairly the books.

The Financial Times reported that a preliminary investigation had found the value of sponsorship deals at the club had been “significantly overstated” compared with their true worth.

PSG, who have once again under-performed on the pitch in their elusive quest to win the Champions League,  are meeting UEFA’s club financial control body on April 20 but described as “deplorable” the fact that “only a few days before a regular meeting scheduled with UEFA, false information targeting the club has been reported in the British press.”

“Paris Saint-Germain reminds the media that the club has been closely monitored by UEFA for four years following the settlement signed by both parties in 2014. As a result of this, the European body has a very clear and transparent view of the club’s financial status, especially with regards to multi-year contracts with club partners.

“Paris Saint-Germain is in continuous communication with UEFA and the club will go to UEFA as usual in full transparency on April 20.”

Should they be found guilty, sanctions range from a large fine to being thrown out of European competition.

Last year  controversial Spanish league boss Javier Tebas, who  has been at the forefront of demands for UEFA to tighten up financial fair play, described the likes of PSG as being guilty of what he termed “financial doping.”

Karish Andrews, a partner in the Sports Business Group at law firm Lewis Silkin, warned that PSG were on potentially slippery ground.

“If PSG fail the Financial Fair Play tests, they are likely to face significant sanctions in 2018/19 and leading clubs, in particular Barcelona, are going to be vocal in holding UEFA to account,” says Andrews. “If the club is found in breach, anything less than the imposition of onerous sanctions is likely to lead PSG’s rivals, indeed the footballing world, to question the validity of Financial Fair Play.”

“Clearly, there are real concerns amongst the football fraternity over PSG’s approach to Financial Fair Play – with the Neymar and Mbappe deals raising eyebrows to say the least. PSG claim to have their regulatory compliance under control but the suspicion is that they will likely fail the Financial Fair Play test, with Neymar’s reported wages of €45m a year also set to be factored in.

“The indication seems to be that that the club’s commercial operations, including sponsorships but also things like shirt and other merchandise sales, may not be as fair and transparent as UEFA demands.”