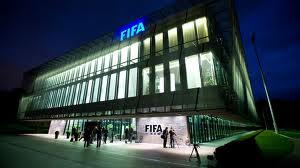 May 1 – Gianni Infantino’s grandiose plan to radically change the landscape of world football kicked into gear Monday when FIFA hosted initial talks with confederation leaders over investment proposals for two new competitions worth an estimated $25 billion.

Infantino surprised the footballing world at a FIFA Council meeting in March by announcing the proposals and seeking endorsement to go ahead and secure the cash. His pitch was short on detail both in terms of what it would mean for the global football calendar or who was putting up the $25 billion and under what terms.

While the Council told Infantino to go away and come back when he could divulge more information, he responded by calling FIFA’s top brass to an emergency session in Zurich. The invitation was extended to FIFA’s Bureau (the six confederation presidents) and their general secretaries.

Just one president made it to Switzerland – Conmebol’s currently in favour Alejandro Dominguez – with the other confederations sending their top administrative officials.

Detail of Monday’s meeting is currently in short supply, though FIFA said in a statement that it took place in a “friendly and positive environment” and that a working group had been created to “analyse further the relevance and feasibility of staging both competitions.”

That FIFA felt the need to tell everyone that attendees were “friendly and positive” points towards what to date has been an undetailed proposal that has been met with fury and ridicule with confederations generally of the opinion that this is an attempt by a flailing FIFA to eat their confederations’ commercial and competition lunches – especially that of the Europeans.

Under the ambitious project, the Club World Cup would be revamped and turned into a 24-team event from 2021 and a new global Nations League competition added to the calendar. The current Confederations Cup – played as a test event the year for the World Cup proper – would be scrapped completely.

Following the meeting on Monday, CONCACAF general secretary Philippe Moggio was quoted as saying: “There is a sense of urgency to move forward.” That urgency is likely due to the 60-day deadline Infantino said he had been given from investors to get approval.

Infantino, who is facing accusations of divide and conquer, wants agreement before the World Cup kicks off in June making his initial 60-day deadline, which expires in mid-May, look like a red herring.

An expanded Club World Cup, which would be played in June or July with 12 from Europe in a 24-team lineup, is a potential rival to the Champions League. Not only that. UEFA regards the Nations League as very much its own baby with the inaugural tournament set to get under way later this year with its own branding. Concacaf has also announced its own Nations League though Moggio’s comments suggest they would, not surprisingly, fall in behind Infantino’s plan dutifully.

Japan’s SoftBank are said to be behind the consortium of investors but the identity of those investors is unknown but are likely to Middle Eastern and Asian if the profile of SoftBank’s investor base is an indication.

FIFA’s 37-member ruling council, which must rubber-stamp the idea, is not scheduled to meet until June 10 though it is rumoured an unscheduled session could be held earlier.

The working party has a lot to do in a short time – not least of which is to report back to the Confederation presidents. Whether Infantino has been prepared to share more of the commercial detail is unknown.

It is understood that a further proposal – put forward by Dominguez and rapidly picked up by Infantino – of bringing forward the first 48-team World Cup from 2026 to 2022 was not discussed at the meeting. To radically change the global football calendar and not bring the impact on the World Cup into that discussion seems a major flaw in strategic thinking. Not least with a 2026 bid process in full flow.