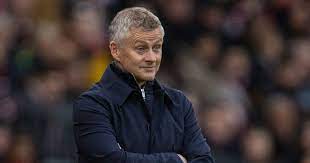 October 25 – Manchester United manager Gunnar Solskjaer lamented what he described as his “darkest day” in the job but vowed not to quit following Sunday’s 5-0 humiliation at the hands of arch-rivals Liverpool.

“It’s the darkest day I’ve had leading these players,” said the Norwegian who took over in December 2018 but may not be in control of his own destiny if results don’t pick up.

“We were not good enough individually and as a team. The whole performance was not good enough. You can look at last season, we lose to Spurs (Tottenham Hotspur) 6-1 – this is worse, miles worse. This is miles worse for me as a Manchester lad. I’ve just got to say we have to get over this as quickly as we can.”

United, who also had French international midfielder Paul Pogba sent off, are without a win in their last four games and are now eight points behind leaders Chelsea, piling the pressure on to Solskjaer.

Liverpool inflicted one of the most embarrassing losses United have ever suffered but Solskjaer said he had no intention of throwing in the towel. “I have come too far, we have come too far as a group. We are too close to give up now.”

“The players will be low but there’s loads of characters there. We know we are rock bottom, we can’t feel any worse than this. Let’s see where we take it.”