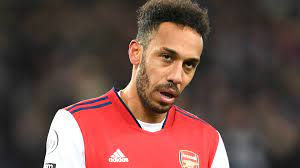 December 15 – Arsenal striker Pierre-Emerick Aubameyang has been stripped of the club captaincy for disciplinary reasons.

The Gabon international has also been left out of tonight’s league game at home to West Ham United.

He was allowed by the club to travel to France for a family matter last week following the 2-1 loss at Everton on December 6 which he started as a substitute, but returned a day later than agreed.

Arsenal said Aubameyang, their highest-paid player, hadn’t worked “to the rules and standards” set by the club.

Manager Mikel Arteta said it was a “really unpleasant situation” but the decision was taken in a bid to “build that trust and strong culture around the club.”

“They have demanded that we … take our culture, our demands and who we want to be as a club – and how we want to represent this football club – to a different level,” Arteta said of his squad. “And when those standards are not met, you know you cannot participate on a daily basis.”