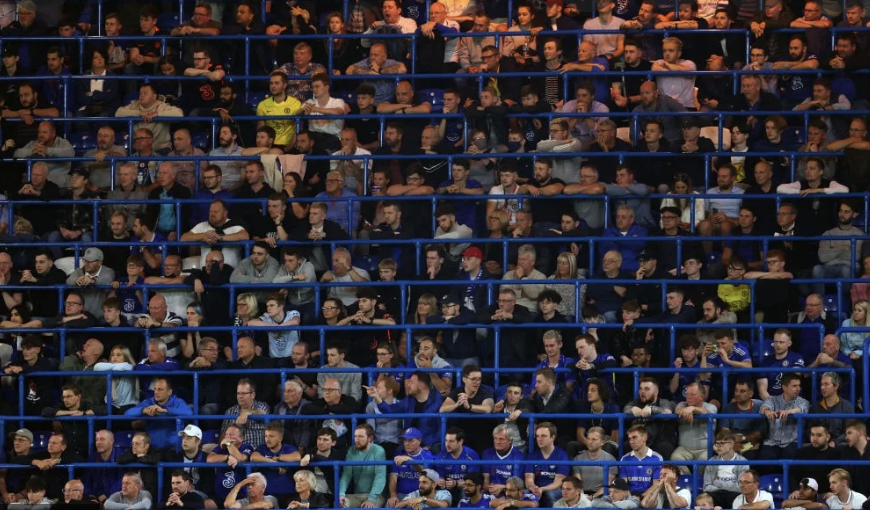 January 4 – In a landmark move, Chelsea became the first Premier League side to host a safe-standing pilot scheme in Sunday’s 2-2 draw against Liverpool, marking the end of a blanket ban on standing in the top two tiers of English football which has been in place for more than 25 years.

Manchester United, Manchester City, Tottenham Hotspur and, from the Championship, Cardiff are the other clubs in the trials to allow limited standing.

Permission was given for the trials in September marking the end of the ban that came into force following the 1989 Hillsborough disaster which cost 97 lives.

Grounds in the first and second tiers of the English football pyramid have been required by law to be all-seaters. But in recent seasons, campaigners have called for standing areas to be reintroduced with barrier or rail seating developed to provide seats that can be converted to standing areas when desired.

“What we’re not doing is going back to the old days of terraces – this is very, very different, said British Sports Minister Nigel Huddleston.

“Everybody has a seat, and there are bars in front and behind them, and that’s really good because that will stop any surges going backwards or forwards, particularly in those heightened moments when there’s a goal or something. So this is safe standing – exactly what it says on the tin.”