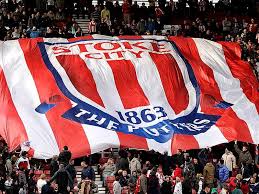 March 28 – Online gambling business bet365, owner of English Championship club Stoke City, has waived £120 million of debt owed by the club, and converted another £40 million of shareholder loans into equity.

The club recently announced a £20 million five-year redevelopment programme for the bet365 Stadium and the club’s Clayton Wood training ground.

More than £4million will be invested in facilities ahead of the 2022/23 season, which also includes the installation of 8,400 seats. Other work which will be carried out this summer involves a refurbishing bar and stadium concourse facilities as well as the installation of a synthetic, all-weather pitch at Clayton Wood to be used by first-team, Academy and women’s teams.

Stoke currently lie in 15th place in the English Championship.

One of the 12 founding members of the English Football League in 1888, Stoke were relegated from the Premier League at the end of the 2017/18 season.

“On the field, the last four or five years have not proved to be as successful as any of us would have hoped. However, our commitment to the club, its future success, financial sustainability and place at the heart of our local community, remains as strong and focused as ever,” said Coates.