Just when Qatar thought it could turn over the page and move on in an atmosphere of trust and integrity, along comes another distasteful saga to give its 2022 World Cup preparations an unwanted headache.

First things first. Mohamed Bin Hammam’s lifetime ban from all football activities in Zurich had nothing whatsoever to do with his country’s landslide victory per se.

Bin Hammam wasn’t initially even in favour of Qtar going ahead and only aligned himself to the bid once it was clear the project was an immoveable force that had the support of those who pull the purse strings.

At that point, of course, he had to say all the right things but with three other Asian candidates, he also had to steer a cautious path when it came to favouring one candidate over another.

But now that Qatar’s most high-profile football administrator has gone – or gone up to a point since he is bound to appeal – those who opposed the nation’s World Cup victory will doubtless be keen to exploit the situation to their advantage by loading up their weapons with fresh ammunition and pointing it in the direction of the tiny Gulf state.

The rival American 2022 bid team, for example, were incredulous at the margin of Qatar’s victory on that historic December day. So, apparently, was Chuck Blazer, the American FIFA ExCo member and the man who brought the bribery case against Bin Hammam, Jack Warner and the others in the first place.

Blazer has steadfastly maintained that he did what he did out of a sense of moral and legal duty to FIFA without any specific personal motives. As someone who has got to know him over several years, I have no reason to disbelieve him but not everyone might share this view.

Qatar, for instance, could be forgiven for having their suspicions about whether the bribery claims against Bin Hammam case were a covert attempt to undermine their bid. The anger certainly works both ways. FIFA general secretary Jerome Valcke’s infamous email about the World Cup being “bought” may have been an unfortunate choice of words and misinterpreted in some quarters but the Qataris have not yet forgiven him and one can understand why. 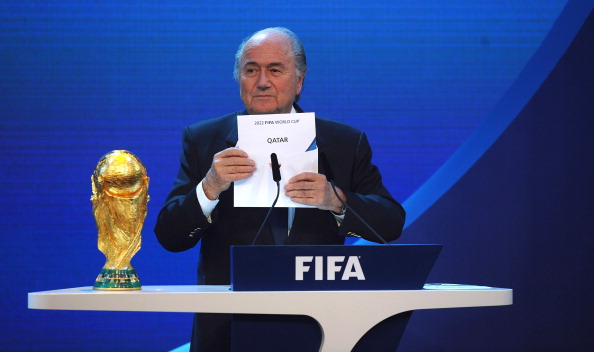 Whatever ultimately befalls bin Hammam, his spectacular fall from grace has given the Qatar 2022 team another hurdle to overcome that they could well do without.

The tiny Gulf state has come under constant scrutiny, without a shred of any evidence of wrongdoing, since winning the  race by a landslide. Recently the whistle-blower who made a string of globally publicised corruption allegations against the bid process withdrew her entire story but now more questions – unfair ones in my opinion – will doubtless be raised by those with certain agendas about whether Bin Hammam’s ban should impact on Qatar’s preparations.

The more Bin Hammam extends the whole sorry saga through the courts – civil or otherwise – the more, however wrongly, the finger of doubt will be directed at Qatar’s spectacular victory. Will the USA even consider calling for a re-vote? Stranger things have happened.

But not many stranger turns of events, however. Just two months ago, remember, Bin Hammam was ready to try and depose Sepp Blatter as FIFA President. Now he is effectively persona non grata, having fallen foul of the very ethics he so passionately upheld during his all-too-brief presidential campaign.

He can still, of course, turn up at football matches as a fan without the threat of eviction. But that will be scant consolation for a man who aspired to be the first Asian to run world football with a manifesto based on transparency but whose actions – pending his appeal it must be stressed – appear to have spoken far louder than any of his words.