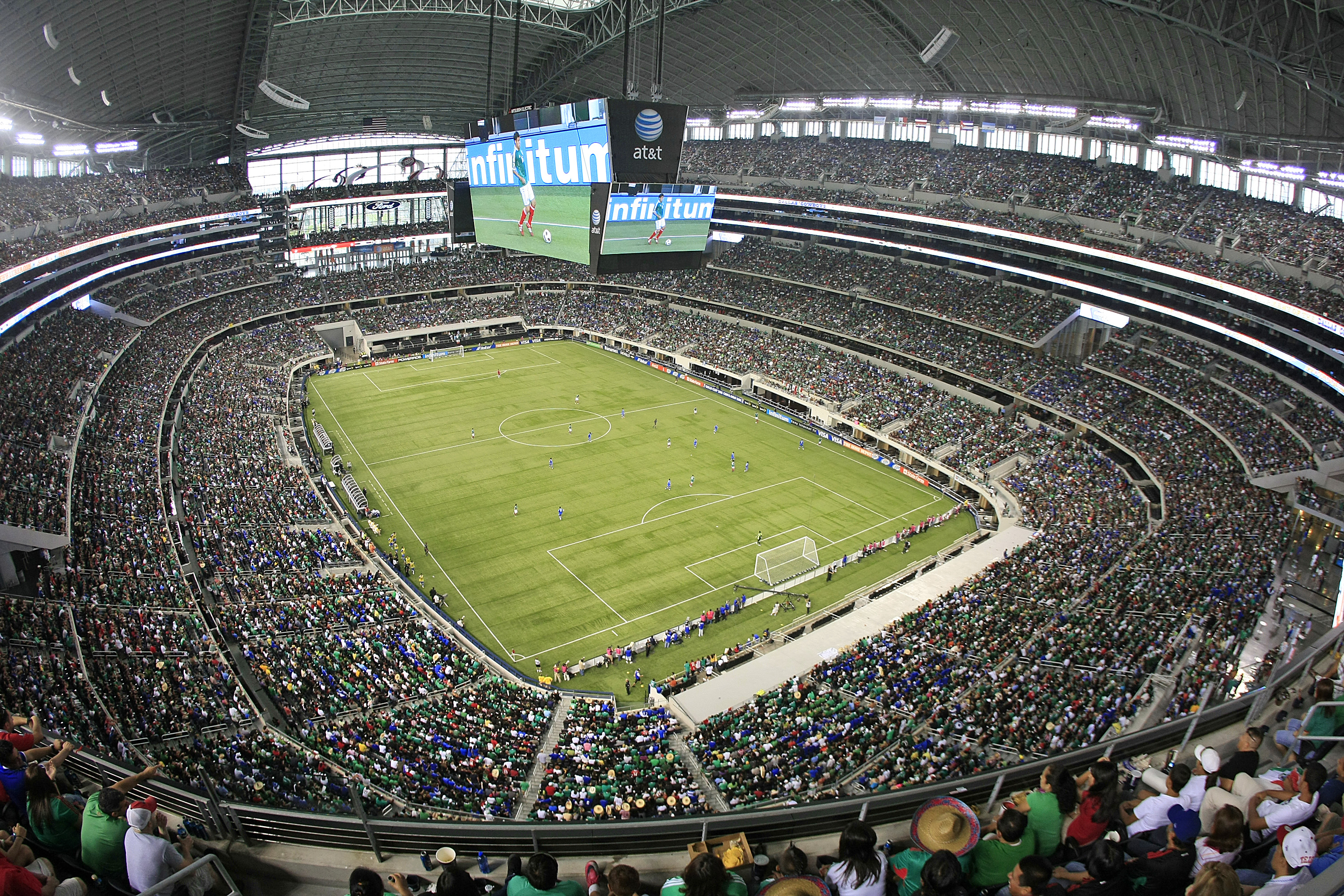 Located in the west of Dallas in the city of Arlington, the 105,000 maximum capacity AT&T stadium is the largest domed structure in the world and one of the biggest sports stadia. Costing $1.2 billion, the continually evolving stadium is a facility like no other. It has more than 300 suites, numerous club facilities, a retractable roof that can open and close in 10 minutes, the tallest movable glass in the world, and the world’s largest centre-hung videoboard.

The scoreboard suspends 90 feet over the field and stretches between the 20-yard lines and features four video boards that face out in each direction so that everyone in the stadium has an easy view of the giant 1080i HD screens.

The AT&T Stadium has been a regular stop on the Gold Cup circuit having hosted in four previous editions. It will be the host the opener of Mexico’s group games as well as two quarter-final matches.

It has also hosted events including the Super Bowl, the NCAA Final Four, the Big XII Championship, the Cotton Bowl, the NBA All-Star Game, the College Football Playoff National Championship, and concerts by Paul McCartney, George Strait, Beyonce, U2, and Metallica.

The Dallas Cowboys Football Club is one of the most visible and successful sports entities in the world. Throughout professional football history, no other NFL team has more consecutive winning seasons (20, 1966-85) or a higher all-time regular-season winning percentage (.573) than the Cowboys, and they call the AT&T Stadium home.

Owned by the city of Arlington, it is the home of the Dallas Cowboys and sometimes referred to as ‘Jerry World’ after Dallas Cowboys owner Jerry Jones.