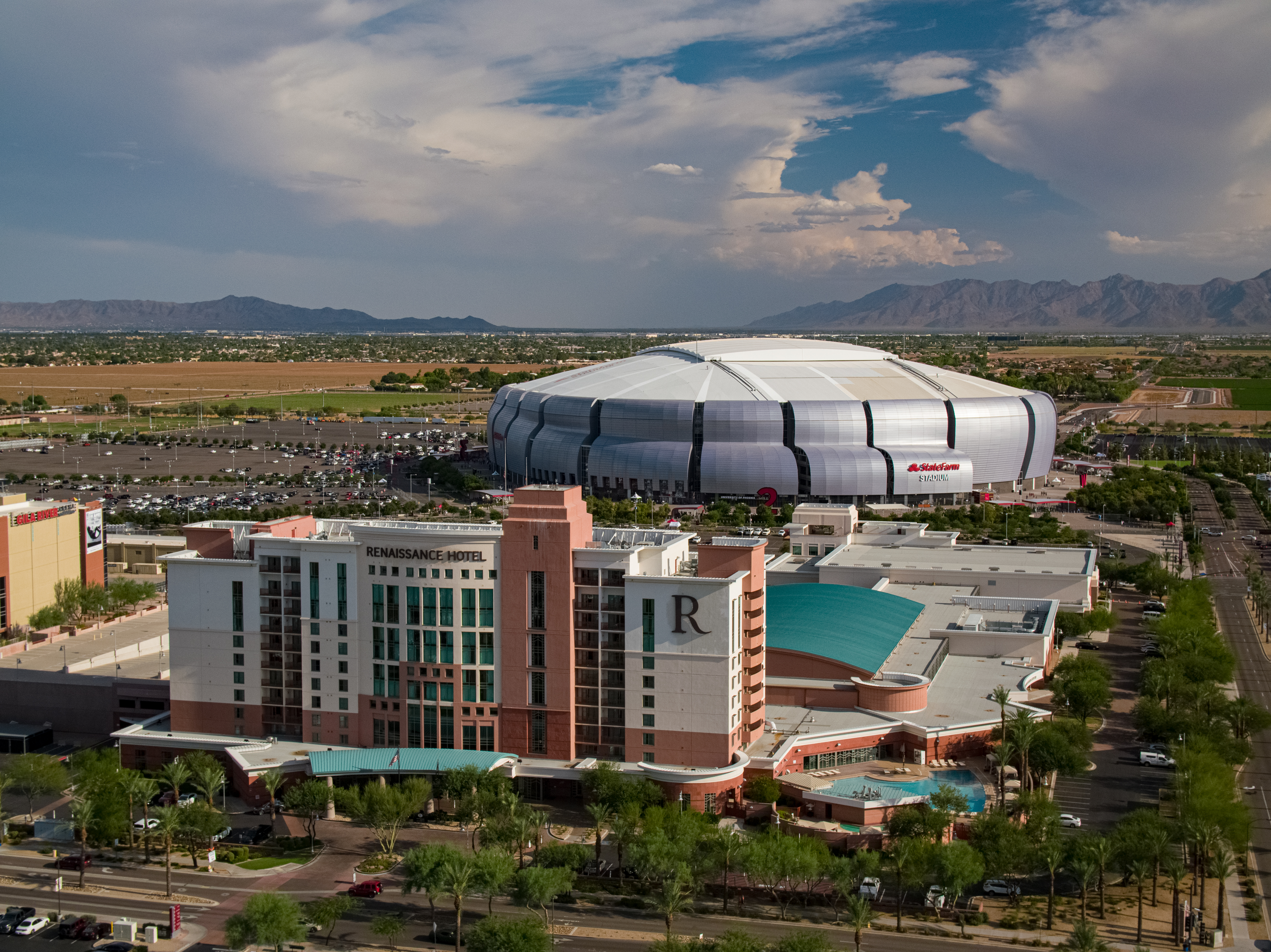 The State Farm Stadium in Glendale, Arizona, has been a regular stop on the Gold Cup schedule, hosting a semi final in 2019.

The stadium offers unobstructed views for 63,400 fans with the ability to expand to 73,000 for mega-events. It has hosted two Super Bowls (NFL), two National College Football Championship games, and the 2017 NCAA Final Four Basketball Championship.

It has over 1.7 million square feet of space, State Farm Stadium has numerous premium seating and space options including 88 lofts and 7,505 club seats.

Designed with a roll-out natural grass field and retractable roof, the first of its kind in North America, the stadium is capable of converting from a sports facility to a multi-functional event space allowing it to host numerous event types in air-conditioned comfort.