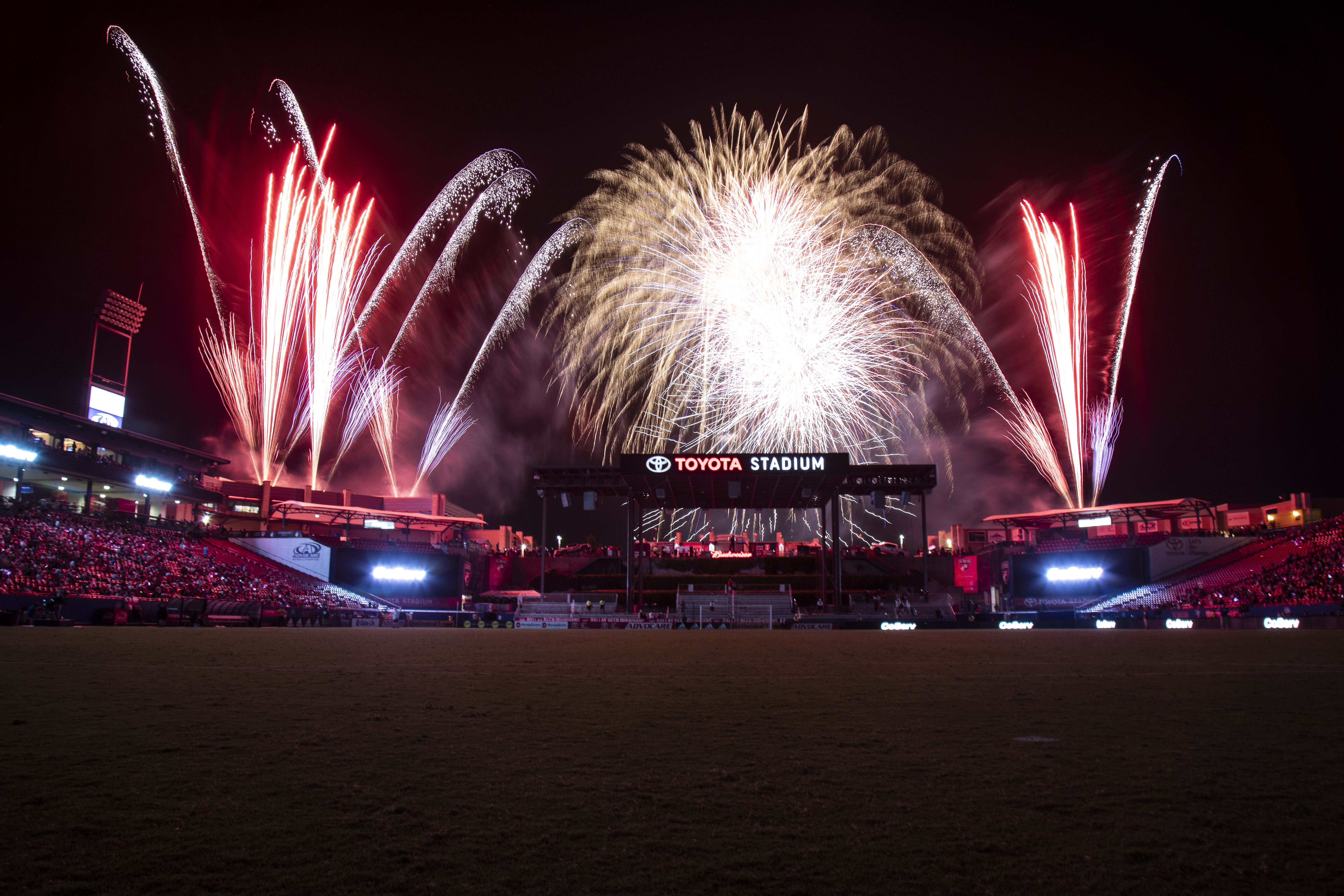 It cost approximately $80 million to build and opened on August 6, 2005 with an MLS fixture between FC Dallas and the New York Red Bulls

The stadium has the shape of a U with stands at three ends and a permanent concert stage at the fourth. Until 2012 the stadium carried the sponsor name Pizza Hut Park, it was then renamed FC Dallas Stadium, and has been called Toyota Stadium since 2013.

In 2017, works started on an extensive redevelopment of Toyota Stadium, which included the reconstruction of the south stand, increased hospitality facilities, and the construction of the Soccer Hall of Fame adjacent to the stadium.

At the 2019 Gold Cup it hosted second round Group B matches between Nicaragua and Haiti, and Costa Rica and Bermuda. For 2021 it will host Group A and B matches.