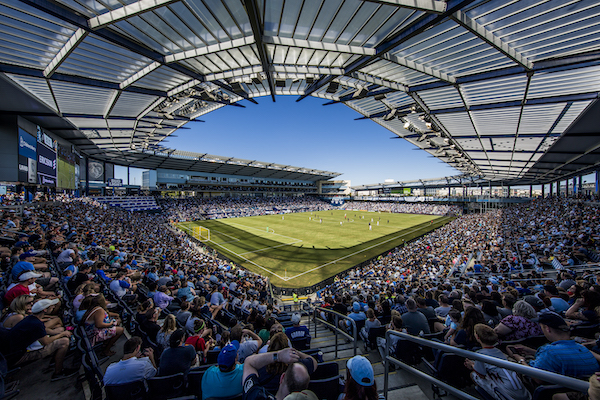 Children’s Mercy Park is a soccer-specific stadium that was opened in 2011 with a match between Sporting Kansas City and Chicago Fire. Formerly known as LIVESTRONG Sporting Park and just Sporting Park, it was designed by Populous and built at a total cost of about $200 million.

The stadium has been a regular Gold Cup venue since opening and in 2021 will host all US and Canada Group B matches.

In March 2011, Sporting Park announced a partnership with Lance Armstrong’s Livestrong foundation, resulting in the stadium carrying the foundation’s name and donating part of its proceeds to Livestrong. The agreement was terminated in January 2013 following the doping controversies surrounding Lance Armstrong.

The stadium has a seating capacity of 18,467 seats, which can expand to 25,000 for concerts. The home of MLS side Sporting Kansas City, games have a capacity of about 21,000 because of different stadium modes to include standing sections.