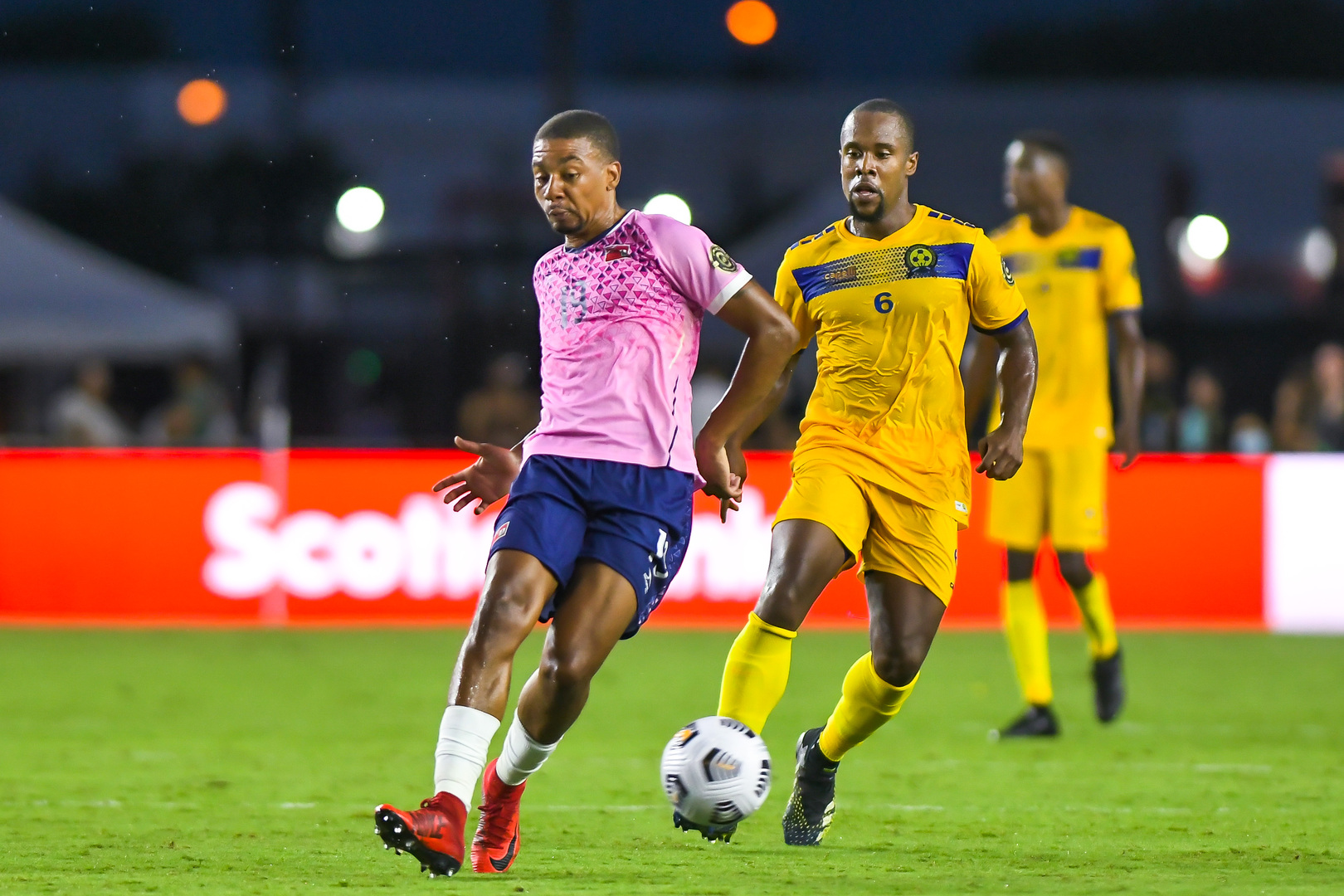 July 2 – It took just 17 seconds for Nakhi Wells to put Bermuda a goal ahead in the Gold Cup preliminary play-offs and begin what was a night of pain for Barbados as they crashed to an 8-1 defeat.

Wells, who plys his trade for Bristol City in the English Championship, scored his second on 14 minutes and completed his hattrick on 87 minutes. His first goal, a tap in from a ball angled through the Barbados defence, was a Gold Cup record for the fastest goal scored in a match.

Bermuda head coach Kyle Lightbourne said he had “not expected that scoreline. VAR got us off to a good start because the assistant called it offside – so it was great start to the game”. And it just got better and better as Wells created havoc in the Bermuda defence.

By half time Bermuda had scored two more through Reggie Lambe and Dante Leverock. Barbados pulled one back through Hadan Holligan in the dying seconds of the half, but it was too little too late.

The second half brought no comfort for Barbados. A Krystian Pearce own goal was soon followed by two goals in as many minutes from Kane Crichlow and Zeiko Lewis, before Wells completed his hattrick.

Bermuda will now face Haiti on Tuesday in a play-off for a spot in the Gold Cup group stages.

“It will be a tougher test against Haiti,” said Lightbourne. “They beat us 2-1 in the Gold Cup last time.”

Barbados coach Russell Lapaty will have better days but this one will hurt for a while. “It was not like us how we played tonight. It was not how we have generally played. We just never got going. There were challenges in getting here and the start of the game. I don’t know if that put us off a bit but I am not here to make excuses. I am a bit embarrassed to be honest.

“What saw tonight was definitely not the way we have trained or played… it was a total disaster for us tonight.”

The road to recovery is recognising that you have a problem. Lapaty has a few looking at that performance.

The road to the Gold Cup group stages is just opened up for Bermuda.