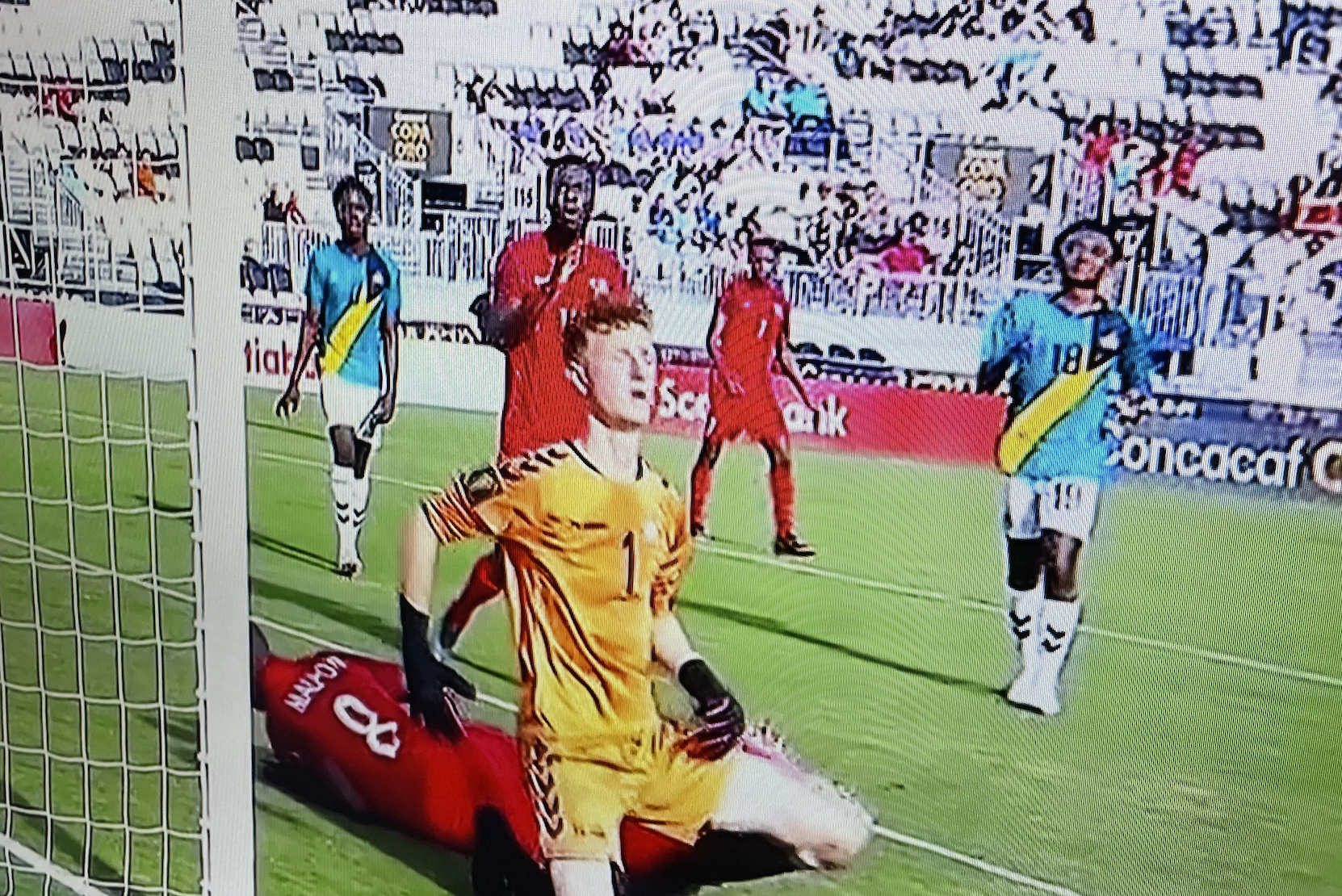 July 3 – Guadeloupe scored twice to overcome a Bahamian rearguard resistance to take them one step nearer to the Gold Cup group stages at the DRV PNK.

Guadeloupe, who called in  five France, Switzerland and Belgium-based players into their squad, dominated both halves with the Bahamas content to pack defenders in their own box and look for attacking with long balls forward.In goal they had Yohann Thuram, cousin of 1998 French World Cup winner Lilian Thuram.

The defence was resolute with goalkeeper Ian Lowe equal to any danger. fWhat looked like a good penalty claim for Guadeloupe on 36 minutes was turned down and VAR didn’t intervene.

The first half ended 0-0 with Guadeloupe have dominated with 56% possession and 163 completed passes, In contrast the Bahamas has only completed 81 passes in their 44% of possession.

The one-way traffic towards the Bahamas goal continued in the second half. Guadeloupe won their last match 10-0 against Turks and Caicos. There was to be no free scoring today but eventually the Bahamas wall was breached’

On the hour mark the Bahamas unusually committing four men to a breakaway, giving Guadeloupe the space to counter down the right, pull the ball back to the top of the box for Mathias Phaeton to power home.

Six minutes later Guadeloupe were two up with Raphael Mirval superbly meeting a cross to head into the top right hand corner of Lowe’s goal.

Guadeloupe move on to the final knock out phase of the preliminary qualifier on Tuesday where they will face Guatemala.