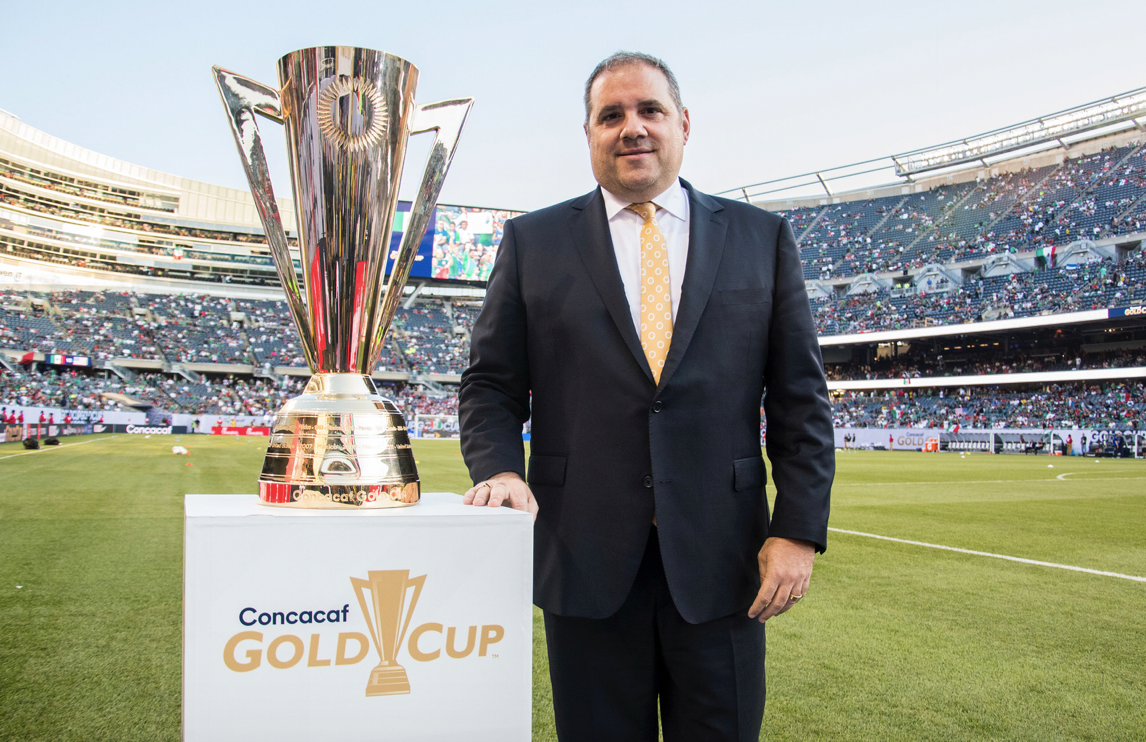 July 4 – In an open letter to fans and federations, Concacaf president Victor Montagliani has welcomed the important return of fans to stadiums for the Gold Cup and highlights the increased playing national team playing opportunities as the confederation celebrates their 60thanniversary.

The past weekend has been a big one for Concacaf with 11 nations (it should have been 12 but Cuba didn’t make it) in Fort Lauderdale, Florida, for a series of Gold Cup preliminary matches to decide the final three teams for the Gold Cup group stages. The group spots will be decided on Tuesday with Concacaf holding is Congress later in the week in Miami before the Group action starts on Saturday July 10

“We have long committed to providing more access to top level football for our Member Associations and the Prelims delivers on that, while maintaining the 16 team Group Stage format that we know fans enjoy.

“… the administration has made it a priority to put football first. We constantly strive to grow and improve everything from our elite competitions like Gold Cup and the Concacaf Women’s Championship, to our development programs that encourage participation at the grassroots of the game all over our region.

The 2021 Gold Cup is its 16th edition and will take place across 11 stadiums in eight metropolitan areas, including four new Gold Cup venues. It is a long way from the first Gold Cup in 1991 that saw eight teams play in two Los Angeles venues.

“To further build on the anticipation leading into this edition of the tournament, last year we hosted a first ever Gold Cup draw to determine the matchups in the Prelims and the Group Stage, and we announced that the champions of Asia, the 2019 AFC Asian Cup winners Qatar, would compete as a guest participant.”

Other changes to the tournament format include

While the competition changes are a clear sign of Concacaf’s evolution, a big part of Montagliani’s message is the importance of the fans and the ability to bring back to stadia. The difference could not have been more clearly illustrated than on Friday night in Fort Lauderdale when 8,000 Guatemalan fans created an electric atmosphere for their play-off game against Guyana.

The intensity of the fans communicated itself to the players on both sides who delivered an exciting and passionate affirmation of what football is about.

“ When the sport could safely resume during the pandemic, the players did a great job on the field, but I think we can all agree it was not the same without the fans in stadiums.” Said Montagliani.

“As we head into the 2021 Gold Cup, I look forward to seeing the region’s top men’s national team players show their skills on the pitch. But what I most eagerly anticipate is hearing the cheering and passion from the crowds. Their love for the game is what makes football so special.”

Gold Cup is a special time if you are a football fan. The preliminary rounds have added to the anticipation and hunger to get started, and if Friday night’s match is anything to go by, it is going to be a very special month.