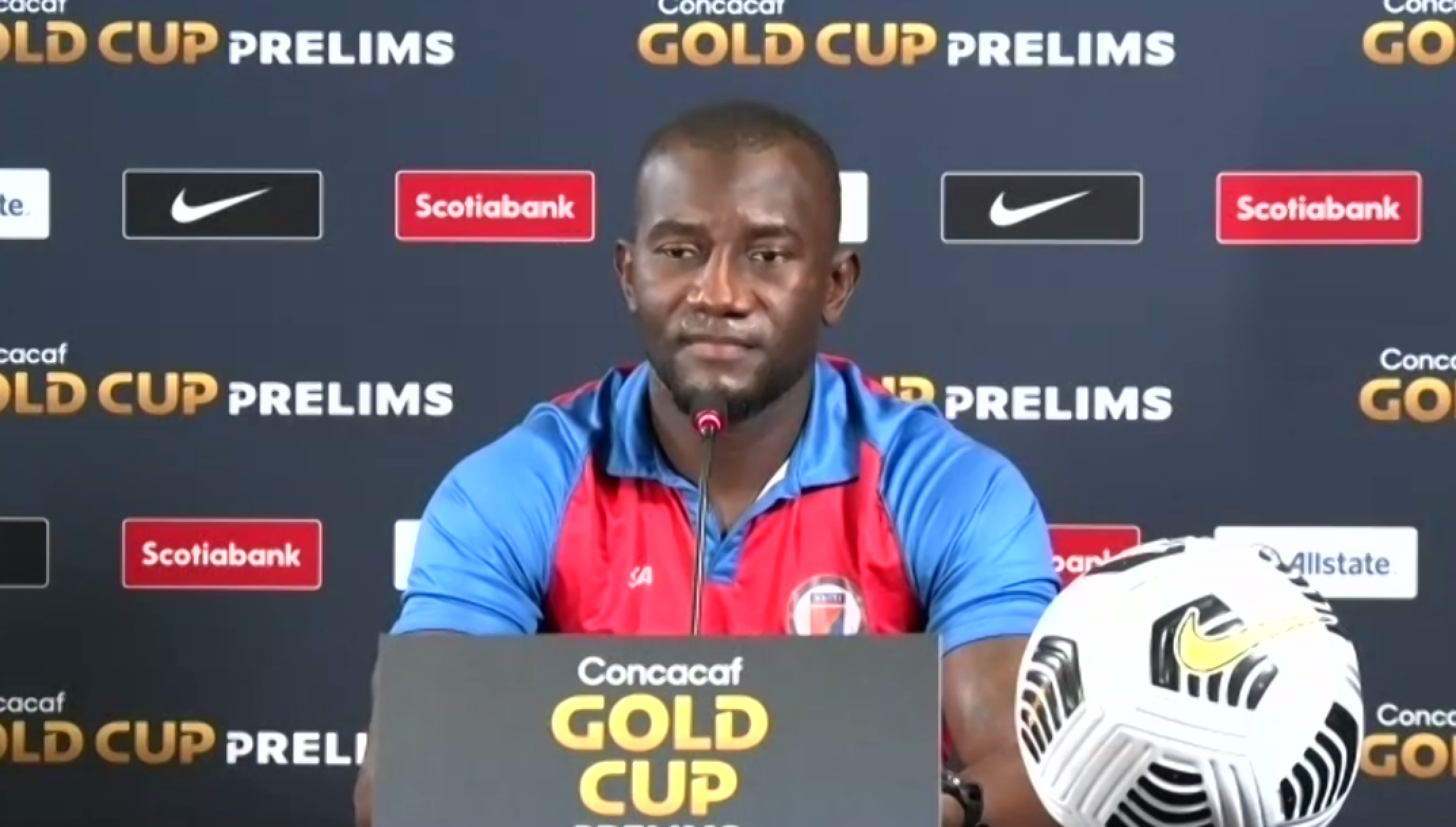 July 5 – The Haiti vs Bermuda play-off for a slot in the Gold Cup group stages is a return to hostilities between two nations that went head-to-head in 2019 with Haiti just coming out on top 2-1. It was the precursor of a run that took them to the semi-finals, leaving Bermuda rueing what might have been.

The match-up will also see two of the best goal scorers in the competition, Haiti’s Duckens Nazon, and Bermuda’s Nahki Wells who set the record for the fastest goal ever in Gold Cup history. Both players are in form with Nazon scoring twice in the last round and Wells getting a hattrick.

The prize for the winners is place in Group B with the United States, Canada and Martinique.

Haiti’s 2019 performance wasn’t quite matched in the Nations League campaign and while the Haitians are still the top ranked side in the qaulifiers Bermuda feel they have a lot more to come.

Bermuda coach Klye Lightbourne referenced the disappointment of 2019 feeling they could have taken a win. “Looking at them they are strong and they can play a couple of different ways, we just need to be mentally ready for that and to take our chances. Last time we didn’t take our chances, we hope to take them this time.”

The Bermuda squad is a very different make up from the one that competed in the World Cup qualifiers, with Lightbourne having drafted in 10 players, a bulk from Europe, who were unavailable in June.

While it is difficult to see past Wells when it comes to who is going to get the goals for Bermuda, Lightbourne says he has other players that can score and that people have seen yet. “It is a tough ask (to beat Haiti) but we need to ride our luck a bit and go for the win. We will play front foot football and may the best team win.”

Sometimes the best team doesn’t win and Haiti have the ability to pull off wins when they haven’t been the best team. One advantage they will have is the Haitian support in the Miami area who are expected to turn out in large numbers.

Haiti coach Jean Pierre (pictured) says his team are feeling “no pressure” but that “we know the importance of this match for us in Haiti. `We have a good atmosphere in the group, we trust each other without being overly complacent.

“We play to win. To not qualify would be a disappointment.”