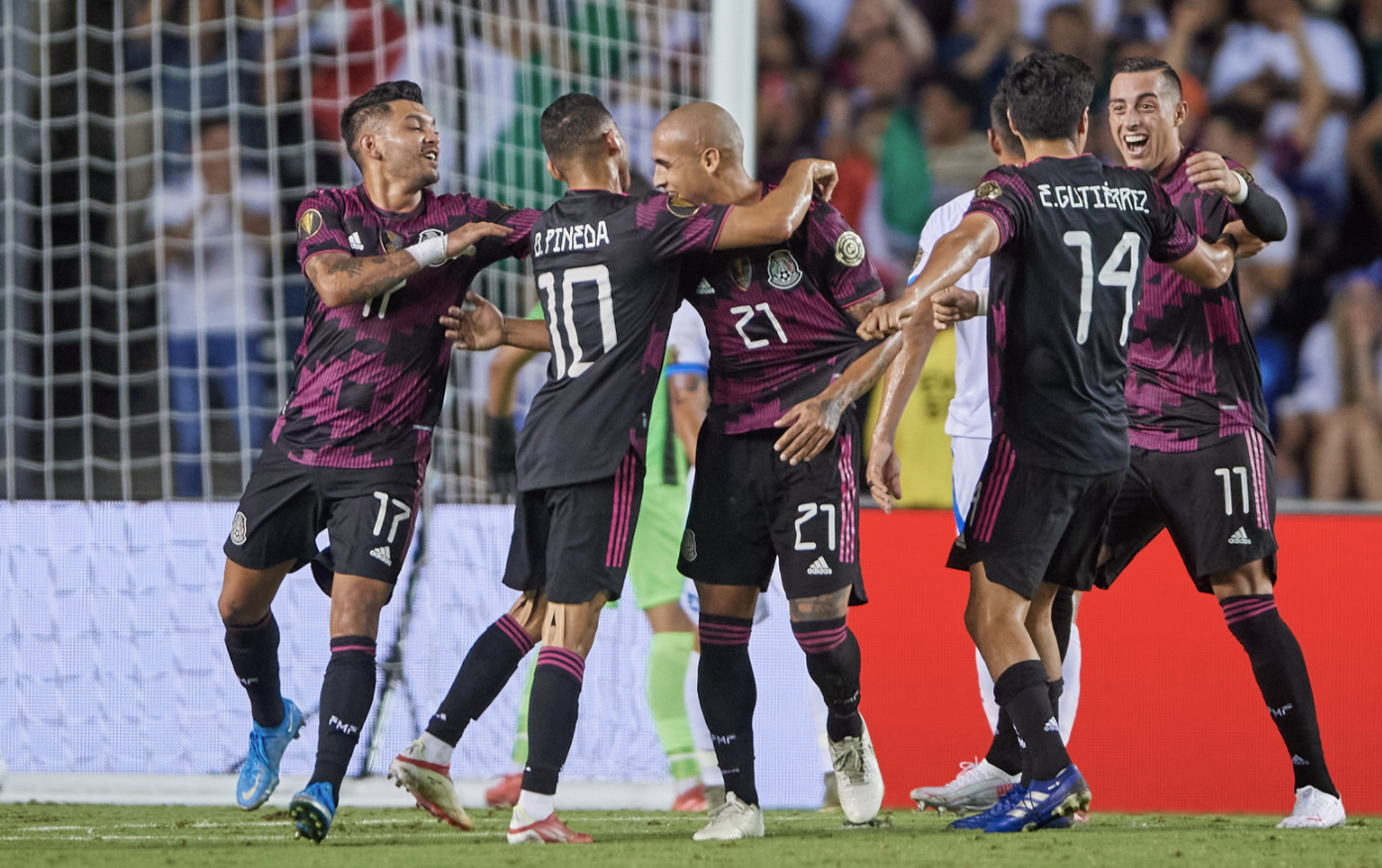 By Jhannet Sanchez in Dallas, Texas

July 18 – With 45,792 fans in the stands, the concluding group stage match of Group A took place at the Cotton Bowl Stadium in Dallas, Texas, last night. The group decider saw reigning Gold Cup champions Mexico face group leaders El Salvador in a must-win game for the Mexicans to secure the top spot and most favourable quarter final opposition. A draw and El Salvador would win the group.

La Tricolor found the back of the net in the 25th minute when a long ball found its way to Luis ‘El Chaka’ Rodriguez on the right side of the box. He made a cutback and took the shot with his left foot right into the center of the net making it a 1-0 in favour of the Mexico National team for the first half.

“We have to give credit to Mexico in the first half, they were able to take advantage of that,” said El Salvador head coach Hugo Ernesto Perez.

The second half was a different story with El Salvador dominating the attacking play as they searched for an equaliser.

Come the 71st minute, La Selecta had their best opportunity after Luis Rodriguez and Carlos Salcedo were yellow-carded for deliberately breaking down a counter attack. Alexander Larín took the free kick, which for El Salvador agonisingly hit the post. El Salvador completed 151 passes in the second half out of 293 throughout the match. They will rue not making more of the chances they created.
“The first half we did not play like we would like to but the second half we played really well, we touched the ball more and I truly liked what the players were doing,” said El Salvador coach Hugo Perez. “We are not going to celebrate this, we obviously wanted to win but we have more to come.”

“There is an idea, training with conviction and we try to take it to the matches. We do need to correct the individual errors,” said Martino.

Both teams sealed their ticket to advance to the quarter finals of the 2021 Gold Cup tournament as the final score was Mexico 1-0 El Salvador.

“We have to be better in the first half, all the time,” said Perez. “Mexico was able to get that first score but I leave with what we did today. We fought throughout the game and it gives me satisfaction, and I can see the light at the end of the tunnel. I see the determination, we are taking it step by step and looking forward to what is to come.”

Mexico ended with 7 points in the Group A standing while El Salvador earned 6 points. Mexico now face the runner up from Group D, which will be decided on July 20 between Honduras, Qatar or Panama. Panama will face the winner.