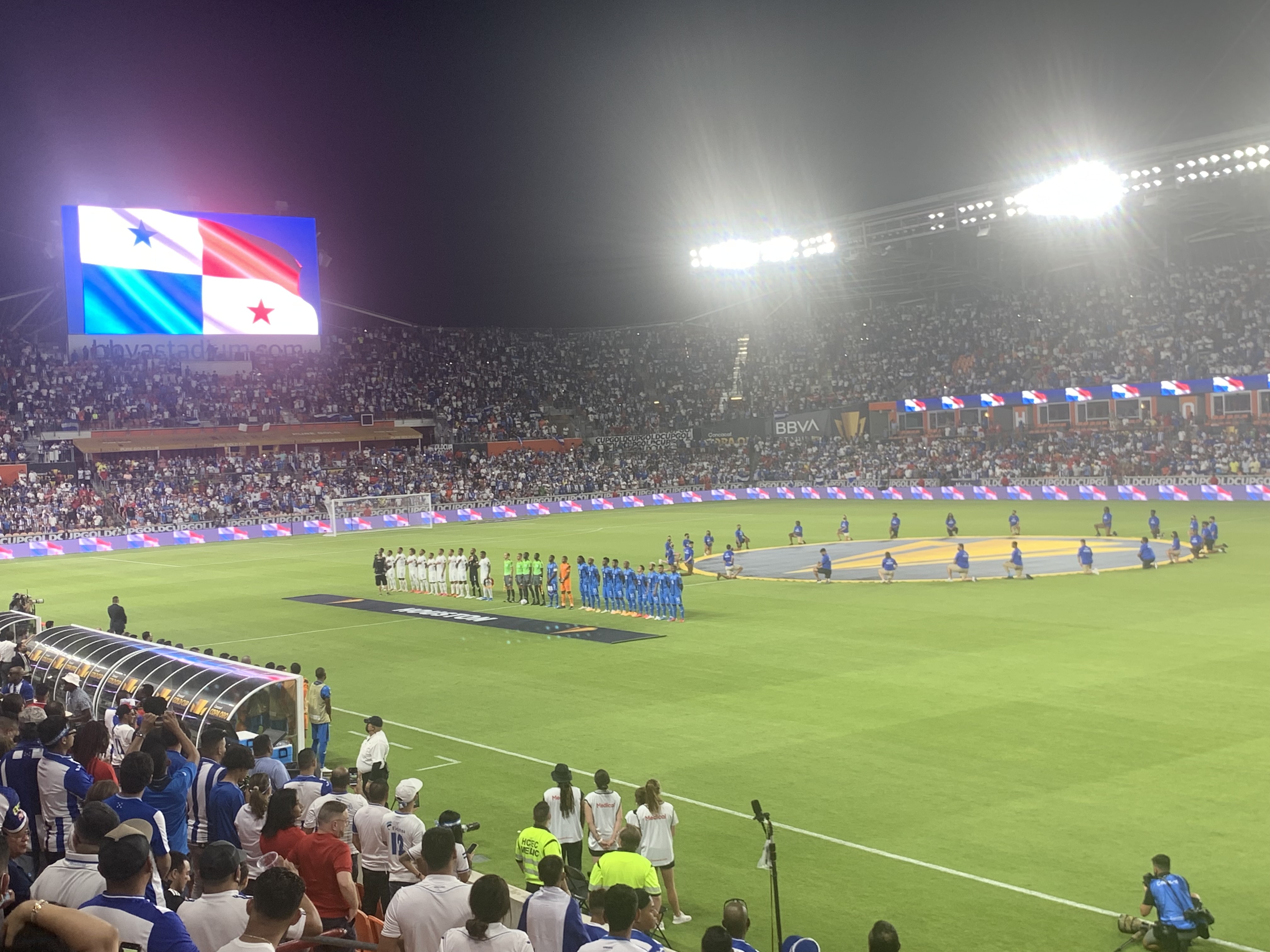 July 18 – Honduras sealed their place in the knock out rounds with a 3-2 win over a battling Panama in Houston’s BBVA stadium tonight.

Packed with 22, 437 mainly Honduran fans the BBVA Stadium rocked to their national anthem and wave after wave of end to end action. It was a fierce encounter between two central American challengers who knew a win would put them in pole group position.

Panama, who were finalists at the 2018 World Cup in Russia, must now hope Qatar lose to Honduras and that they beat Grenada by more than four goals if they are to go forward.

Honduras, fired up by their fans, opened at pace. On three minutes Felix Crisanto, an attacking threat all night from right back, crossed to Alberth Elis, whose goal attempt was deflected for a corner. On 7 minutes the imposing Elis fired wide. 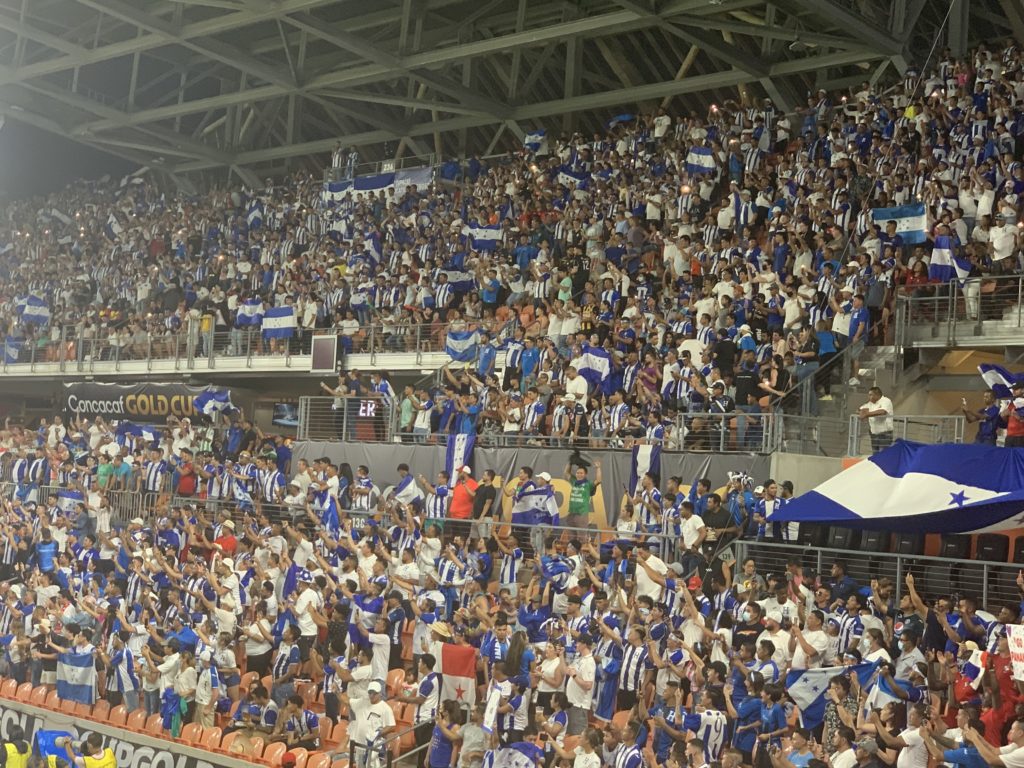 In the 10thminute it looked like the early Honduran pressure had paid off. Romell Quioto, receiving the ball on the left, drove in and fired past Panama keeper Luis Meija. However VAR cancelled the goal awarding a free kick for an earlier offence. Honduras kept pushing.

Minutes later Elis was blocked on the left hand post. Panama were under siege and their supporters were baying for blood.

Panama started to work themselves into the game. Cesar Yanis won a free kick on the edge of the box that was deflected wide. Another set piece found the head of Roderick Miller who headed down into the hands of Honduras goalkeeper Luis Lopez.

Just when it looked like Panama had ridden the storm disaster struck. Giving the ball away too easily in midfield, Honduras pounced working the ball to Quito whose goal this time was allowed to stand.

The lead didn’t last long. On the half hour an Edgar Barcenas shot was saved by Lopez only for the referee to rule a handball by Maynor Figueroa. VAR confirmed and Erick Davis calmly levelled the score at 1-1.

It was a hot night but the pace of the game just got hotter. On 37 minutes a free kick found the head of Honduras’ Kevin Alvarez only for Meija to push wide. Two minutes later Elis had a claim for a penalty turned down as he drove into the area.

On 42 minutes a header by Davis was saved by Lopez in the Honduras goal.

In added time at the end of the half Panama squeezed though at the byline to feed Yanis with a simple tap in and Panama’s second goal of the night.

Elis didn’t come out for the second half. But it didn’t seem to matter. Once again Honduras opened firing on all cylinders.

On 48 minutes the ref pointed to the spot for a second time, this time for Honduras. After a VAR review Honduras were denied the penalty. Panama responded by going straight up the other end and forcing a double save from Lopez to keep Honduras in the game.

The pace of the first half showed no sign of slowing. Pressure from Honduras brought a corner on 62, the return ball eventually found its way to Alexander Lopez on the edge of the box who fired to Meija’s right and level the score at 2-2.

Two minutes later Honduras were 3-2 up. A ball over the top found Quioto between two defenders with just the keeper to beat.

The crowd went from throwing bottles on the pitch in anger to spraying everyone around them with water in joy. Five minutes of Honduran pressure had turned the game around.

Panama responded with two substitutions and renewed pressure on the Honduras goal.

Jerry Bengtson hiot the post after a surging run through the middle. On

78 minutes Panama had the ball in the back of the net but were ruled offside. On 90 minutes Armando Cooper headed over from a cross from Jose Rodriguez.

It was not going to be Panama’s night.

Honduras now face Qatar on Tuesday for a top the group clash with the prize for the winner being the likely avoidance of Mexico in the quarter finals.