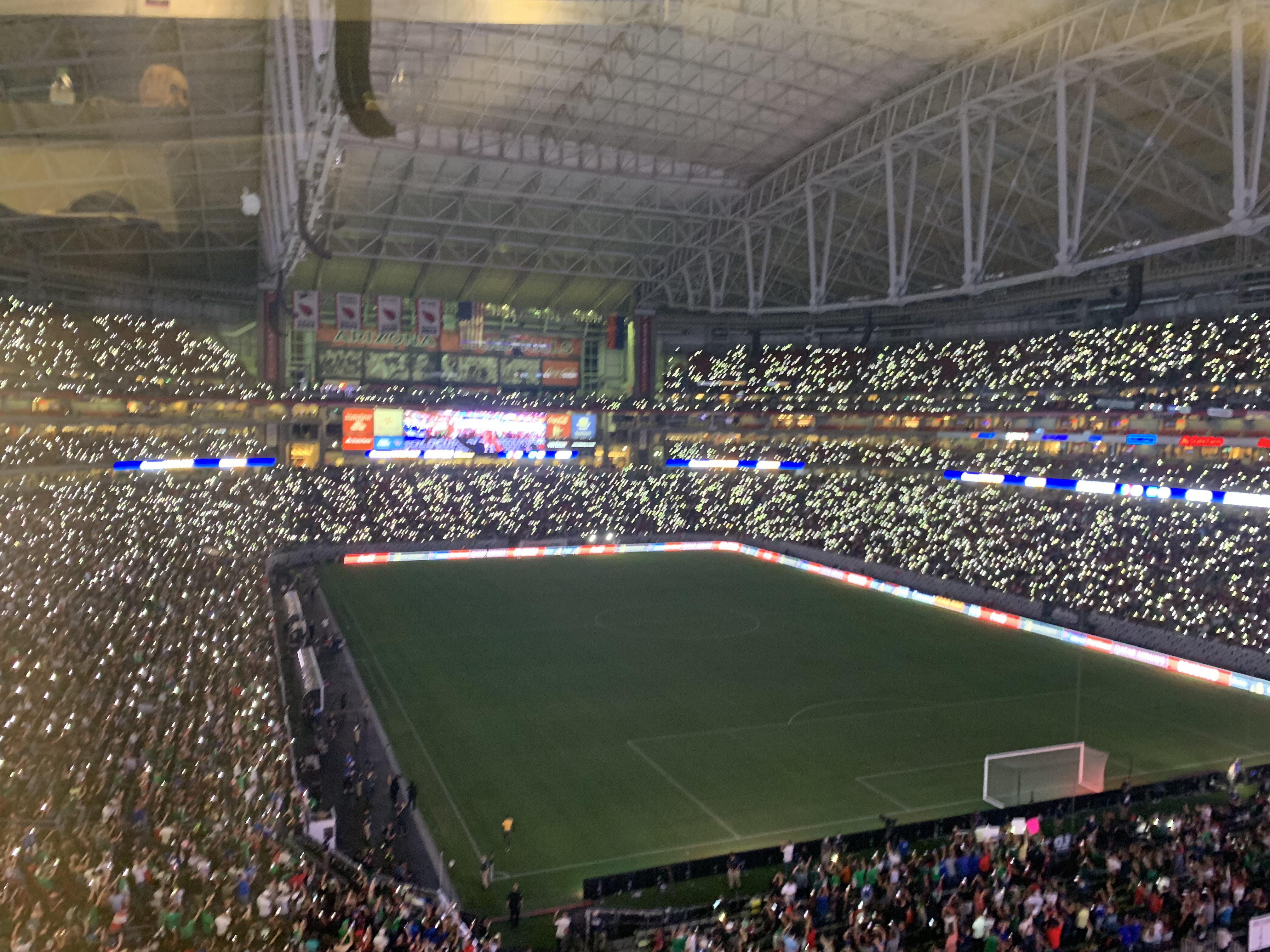 July 25 – Mexico brushed aside a battered and bruised Honduras in their quarter final of the Gold Cup at the State Farm Stadium in Glendale, Arizona, in front of a packed house of 64,211 mainly Mexican fans. They now head for Houston and a semi-final clash with either Costa Rica or Canada.

Honduras had arrived in Arizona, after two fierce group encounters with Panama and Qatar that had left them short of key forwards Alerth Elis and Romell Quioto, and a 23-man squad down to 18, including three goalkeepers.

Mexico had similarly lost a key forward with Hirving Lozano injured in the opening group game draw with Trinidad and Tobago.

So far in the defence of their Gold Cup title, Mexico had been slow to find a rhythm in comparison to their dominance of the competition in 2019. They had stuttered through their group only securing top spot with a win in their last game against El Salvador, a game the Salvadorians were unlucky not to come away from with at least a point.

More concerning for Mexico was their lack of a real goal scoring threat with key strikers injured or on Olympic duty. 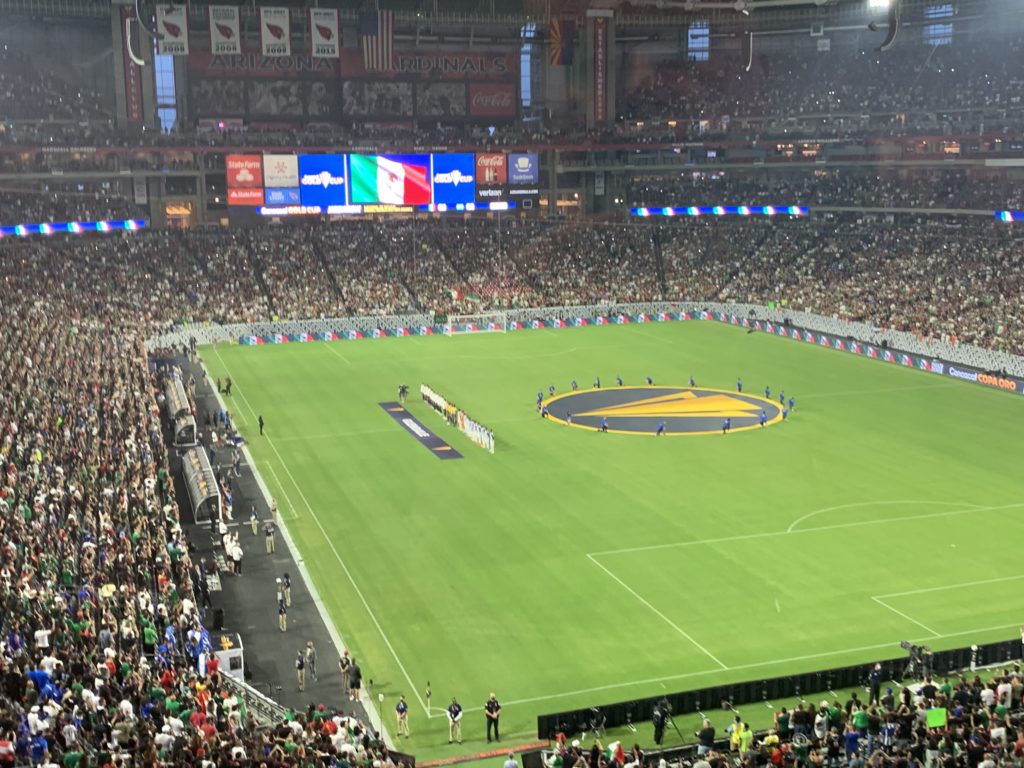 That was all about to change and Honduras were going to be on the receiving end of a Mexico performance that in the first half resembled the pomp of their title winning campaign.

On 3 minutes Mexico were almost ahead. A foul on the edge of the box saw Hector Herrera’s header saved by Luis Lopez. Already the Mexican was wave was rippling around the stadium while on the pitch the flow was all towards Honduras’ goal.

Rogelio Funes Mori rounded Lopez only to have his shot from an acute angle saved on the line by a covering Johnny Leveron.

It was all Mexico and they were shredding a laboured Honduran defence. On 20 minutes it looked as though Mexico had the lead. Funes Mori, receiving the ball from the left volleyed home, only to be judged offside.

Six minutes later Mexico were ahead for real. A ball driven to Luis Rodriguez on the right was crossed to Funes Mori who this time wasn’t offside and headed in.

On the half hour Mexico were two up. A poor clearance by Honduras landed at the feet of Jonathan Dos Santos whose shot went in from 20m.

Mexico were rampant and added a third when a cross from Jesus Corona was met at pace by Pineda and headed in leaving Lopez with no chance.

There is much to admire about this Honduras team, most of whose players ply their trade in the domestic league.

Regrouped and refocussed at half time, they came out a very different proposition to the team that had been pulled apart and left behind as road kill on the first 45 minutes.

On 52 minutes they forced Mexican keeper Alfredo Talavera, for the most part a spectator up to this point in the game, into his first difficult save. Honduras started to retain possession for longer periods and build their own attacks driven by a midfield led by Deybi Flores and Bryan Acosta who had forced their way back into the game.

On 65 minutes Mexico did have the ball in the Honduras net again. A knock down from Funes Mori was tapped in by Hector Moreno only for Moreno to be ruled offside.

Honduras kept their pace high and battled bravely but it was never going to be enough for this Mexican team who look to be playing themselves into form and focus at the right time.

In June they lost the inaugural Nations League final to the USA in the last minutes of added time. Revenge over the US in Las Vegas on August 1 would be sweet for Mexico. First both teams have to get there and there is absolutely no guarantee of that.