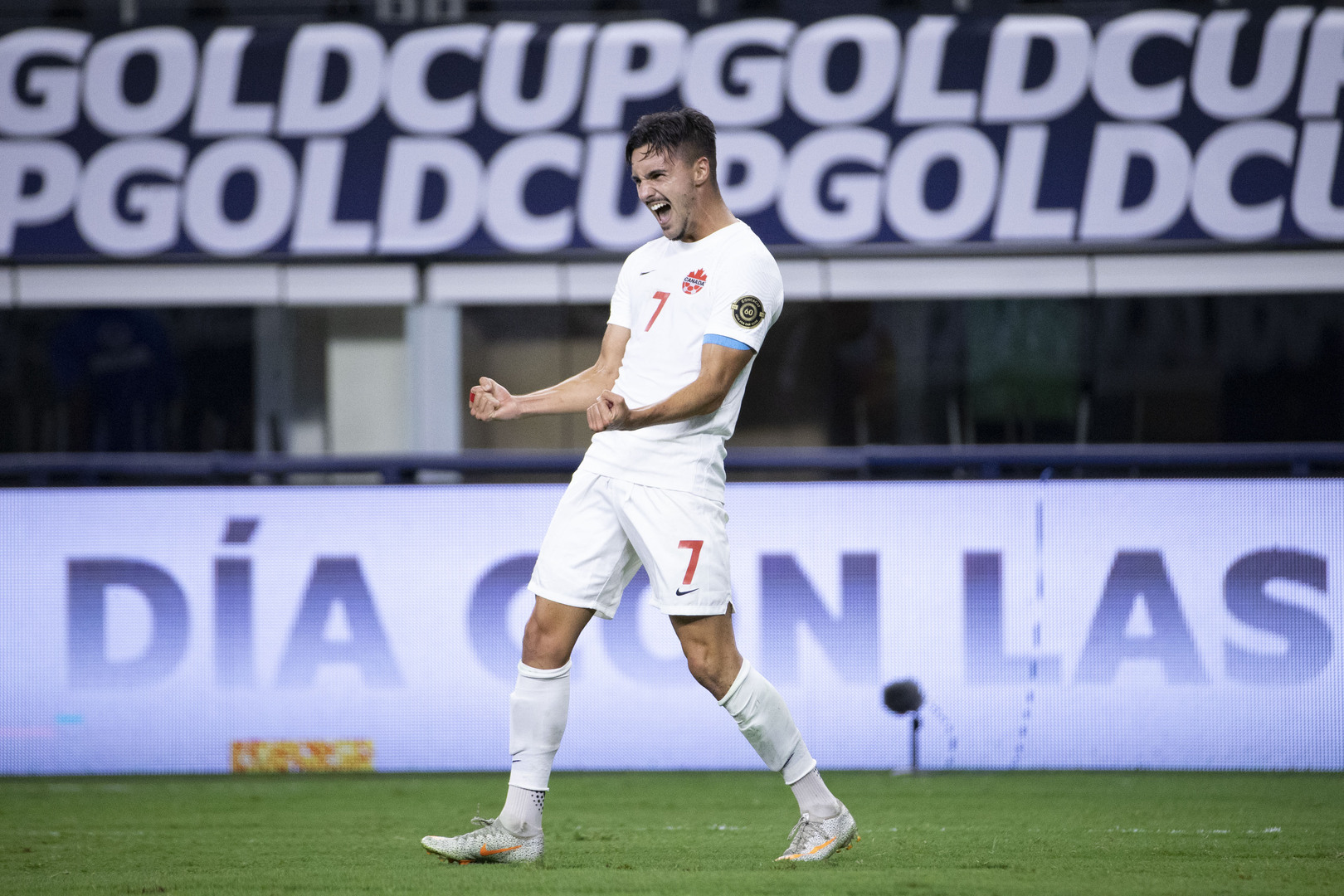 July 25 – Both Costa Rica and Canada were fired up for a defining battle at the AT&T stadium in Arlington, Texas, last night as their eyes were firmly set on reaching the semi-finals of the 2021 Concacaf Gold Cup. Canada were looking to cement a place at the region’s top table while Costa Rica were seeking to prove they still held it.

The last time Canada qualified for the semi-finals of the Gold Cup was in 2007. The last eight years have seen an overhaul of the Canadian game. The quarter final against Los Ticos, a team who has been strong defensively side throughout the 2021 Gold Cup group stages, was a test of how far they were along with their development. A test they passed in the end with ease.

“The attitude and in terms of soccer there are several things we need to improve,” said Costa Rica’s head coach, Luis Fernando Suarez, who admitted he was surprised by the strength of the Canadians.

“None of us knew about their very good pressure in terms of their recovery. However, they did things much stronger than us. We played a game where they beat us in the defensive sense. In the practical sense of soccer they were much more practical than us,” said Suarez.

Canada opened the scoring in the 18’ minute when David Junior Hoilett hit a right footed shot from the centre of the box to the bottom left corner. It was clear statement that Canada no longer wanted to just make up the Gold Cup numbers.

“I think we’ve deserved to win all four matches,” said Canada head coach, John Herdman. Canada lost to the US in their last group game but apart from the first minute when the US scored, were the better team throughout.

“Number one we managed to keep a clean sheet and number two (we had) that brotherhood where we see them pressuring Costa Rica,” said Herdman.

“That’s a strong mentality, to build that. I am extremely happy tonight, but we will keep our feet on the ground and focus on the next match. I am proud of those boys tonight and hopefully we can take another one.”

Suárez, who has reached the semi-finals in both the 2011 and 2013 editions as the head coach of Honduras was disappointed not to add another semi-final to the list.

“Today it still seems to me that we still need a lot more in terms of football. We need to have much more prominence,” said Suarez. “In the development of the game, that tells us that we have to learn a lot from mistakes and not just from today but from all the games.”

‘The Reds’ put the game beyond doubt with a second goal from Stephen Eustaquio who saw the ball rebound to him in the centre of the box and hammered it home in the 68th minute.

“Tonight, we shifted our system again but if you see our games we defend from the front,” said Herdman. “It’s been our style of play that we have been working on for three years. But you pick your games. Now facing a team like Mexico (it might be different). It’s going to be a tough game but we want those games, against Mexico, against the US,” said Herdman

Canada with a ticket to semi-finals will now face another Gold Cup giant, Mexico this Thursday at the NRG Stadium in Houston, Texas. Mexico beat Honduras 3-0 in Glendale, Arizona, showing a stylish return to form’.

For the time being Canada will enjoy the moment of beating wone of Concacaf’s ‘big’ nations. “It’s a big accomplishment after we brought in a team of players. At the beginning of the game we came together, this is what we wanted. Now we are on to the next one preparing for the semi-finals”, said Canada midfielder, Mark-Anthony Kaye.