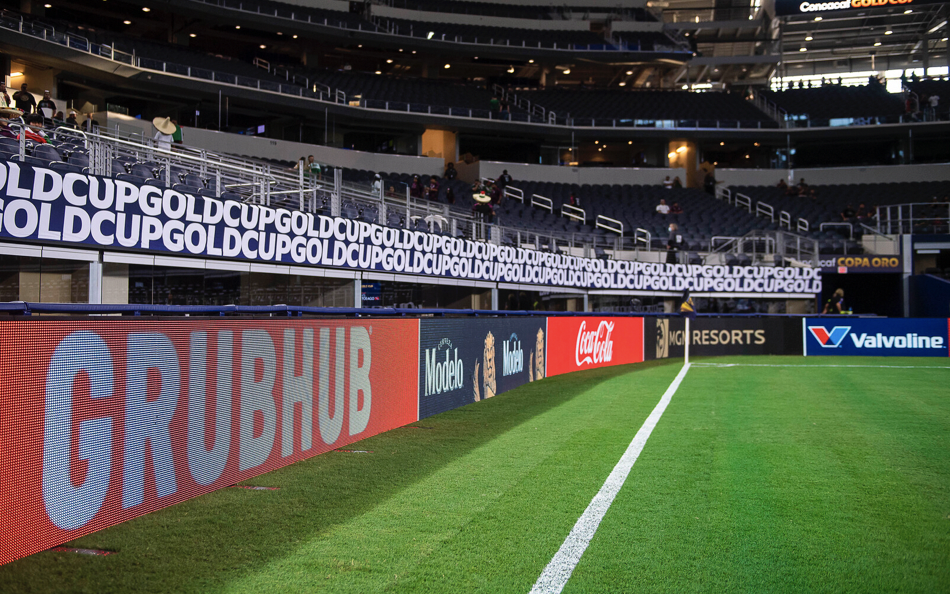 The sponsorship mirrors the marketing strategy of Just Eat Takeaway.com, Grubhub’s parent company, that in June was a major sponsor of the Euros and has taken a further sponsorship of UEFA’s major club and national team competitions.

During the Gold Cup Grubhub has had in-stadium signage on the LED boards, as well as integrations into the tournament’s pre- and post-game series, a takeover of the Gold Cup’s ‘Unbeatable Delivery of the Day’.

Grubhub has focussed its marketing message around the Gurbhub Guarantee,its promise of on-time delivery and the lowest price relative to competitors.

“The world of soccer represents a uniquely diverse fanbase with global representation, a similarity that we share with our wide array of restaurants and what makes our partnership with Concacaf’s Gold Cup such a great match,” said Stephanie Kopa, senior director of marketing at Grubhub.

Concacaf chief commercial officer, Heidi Pellerano, said:. “The fact that they chose Concacaf’s Gold Cup as their first venture into major sports is a testament to the popularity of soccer in our region, the reach of this great tournament and the passion of our fans.”