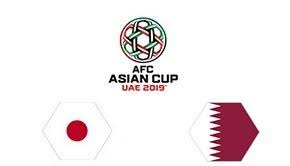 January 31 – First-time finalists Qatar will seek to make national history on Friday in the final of the Asian Cup by overcoming continental powerhouse Japan. The Samurai Blue will aim for a record fifth continental crown in a final that is predicted to go down the wire.

In the last four Qatar crushed the hosts the United Arab Emirates 4-0. The Qataris have never progressed beyond the quarterfinals before this tournament, but their fast paced movement spearheaded by Akrim Afif and Ali Almoez has taken the Asian Cup by storm.

They overcame staunch opposition, defeating former champions Iraq, Saudi Arabia and the hosts UAE in a series of war games. Qatar boast a young squad and remain a work in progress ahead of the 2022 World Cup, but Felix Sanchez’s side has laid down a marker in the Asian Cup. The Spanish coach acknowledges that they face their toughest 90 minutes yet.

“This is definitely the most important game in Qatar’s football history,” said the Spaniard. “We are now obviously at the stage of the tournament where the team is in a confident mood and looking forward to starting the game. Obviously if we win the trophy, it will be Qatar’s biggest achievement in terms of football.”

“Hopefully, we can have one more good performance. One of the key things for us is that there is a great team spirit, everyone is working together to achieve the same result. The players are determined to get the victory we want by putting in one more huge effort against Japan so that we can make the Qatari people happy once again and make history.”

Sanchez has enjoyed a longstanding relationship with some of his players having coached Qatar’s youth teams in the past. The Qataris have steadily closed the gap with the Asian elite, something stats in this competition backup. The Al Annabi remain unbeaten, having scored 16 goals without conceding. Ali Almoez is the tournament’s top scorer with eight goals, equalling legendary Iranian striker Ali Daei’s 1996 record. He was seen as flat-track bully during the group stages, but showed his lethal instincts against the UAE in front of a hostile shoe-throwing crowd.

The Spaniard emphasised that one of Qatar’s objectives this competition has already been achieved. “When we arrived to play in the AFC Asian Cup, our target was to test ourselves against everyone, to be able to compete against all the teams here, and to be able to hold our own against the very best in Asia,” explained Sanchez.  “We have had six games and six different stories, there has been pressure during the group stage and then even more pressure during the knockout phase. We trust the team and believe in them.”

“We came here with the hope that we could challenge everyone in Asia, and it is not a surprise to me that we are here as we already knew the qualities of our players. The game against Japan is now another story for us. Japan have great quality and have won the AFC Asian Cup many times. However, we are ready [for the challenge] and will play in a way to negate the threats they have. We know Japan have several strengths and a few weaknesses, so we will need to be excellent throughout the game in order to achieve the win we want.”

Japan endured a sluggish start to tournament, slogging their way through the group stages with narrow wins before edging both Saudi Arabia and Vietnam in the knockout stages. The title credentials of Hajime Moriyasu’s team have been questioned by large sections of the media and fans back home, but his eleven excelled against Iran in the last four to run out 3-0 winners and silence all criticism. It has been an impressive build throughout the tournament.

The Japanese’s clinical and organised display against Iran was too much for Iran to deal with. Queiroz’s team suffered a mental breakdown as Japan kept their cool and relied on the goals of Yuya Osako and the solid defending of both captain Maya Yoshida and 20-year-old Takehiro Tomiyasu, who plays his club football for Sint-Truiden in Belgium. They neutralised impressive striker Sardar Azmoun each and every time Iran hoofed the ball forward.   They will be the favourites going into the final after their impressive semi-finals win.

“I can say that it’s going to be a tough match,” said Moriyasu. “We’ve already played six matches and we know they’re a strong opponent, so we have one more fight to do and we’re going to do it with determination so that our players can have the best performance on the field. We are aware they are a very strong team, that they have scored 16 goals and kept clean sheets all the way through, but no matter how they play we will stay the same. We will analyse them and then we will express our best on the field.”

The East Asians can make history on different levels, cementing their position as Asia’s best team in history by extending their trophy haul to a record fifth Asian title. On a personal level, Moriyasu can become the first man to win the continental trophy both as a player and a coach. He formed a part of the Japanese team that claimed their first-ever Asian Cup in 1992 when Takuya Takagi’s goal was enough to see off Saudi Arabia in the final on home soil. Ever since that maiden victory the Japanese have dominated Asian football, winning the Asian Cup in 2000, 2004 and 2011. Moriyasu took over the Samurai Blue last summer after Japan reached the knockout stages of the World Cup as only Asian representative.

“Tomorrow as a team we would like to try to take the trophy back home, but I’m not too interested in what it means to me,” said Japan’s coach. “I just want to celebrate the title with all the team and we will do our best in training as well.”

Moriyasu is rebuilding Japan with an injection of youth players, but given some of the tepid performances during the tournament the mood around the Japan team has been strangely subdued in the UAE. That low-key environment has been a benefit for Japan, who have taken advantage of their ‘underdog’ status to grow during the tournament.

“We are also a team that has reached the final, so I want the players to be confident because of that.,” said Moriyasu. “We have been developing as a team throughout each game and I want us to show that development on the field tomorrow.”

“Over the six games, we have played against different types of opponents and sometimes we hold the ball and sometimes we have turned defence into attack. Sometimes we put teams under pressure and sometimes we spend a long time in defence and we play with persistence. I think this is how they’ve improved throughout the tournament and no matter how the game goes tomorrow I want the players to be focused and to play with continuity.”