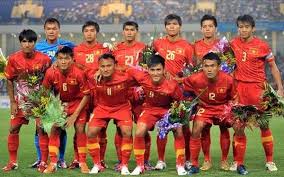 In the second round of AFC qualifying Vietnam finished third on seven points in Group F behind Thailand and Iraq. In the final round of AFC qualifying the Vietnamese secured their berth for the finals in the United Arab Emirates, finishing behind Jordan on ten points in Group C. They drew twice with the group winners and remained unbeaten against both Afghanistan and Cambodia as well.

This will be Vietnam’s fourth appearance. They qualified twice as South Vietnam, a recognised FIFA member, and participated in the 1956 and 1960 editions of the Asian Cup. The Vietnamese returned to the continental stage when they co-hosted the tournament in 2007 together with Indonesia, Malaysia and Thailand. They surprised and reached the quarter-finals, their best result to date.

Phuong Cong Nguyen is ‘Messi Vietnam’. At 23, he is the rising star of the Vietnamese game. Nguyen broke through at the 2014 ASEAN U-19 championships and his technique and diminutive frame have made him a potent weapon in the Vietnamese attack. He plays his club football for domestic club Hoang Anh Gia Lai and spent time on loan at Japanese J2 League club Mito HollyHock. 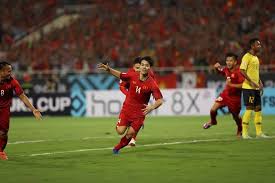 Coach Park Hang-seo has been in charge of the Vietnam senior and U-23 national teams since September 2017 and the South Korean has largely been credited with the success that the teams have encountered since. In the past Hang-seo coached domestic Korean clubs Gyeongnam FC, Chunnam Dragons, Sangju Sangmu and Changwon City. He prefers a 3-4-3 formation with Vietnam and left veterans Nguyen Van Quyet and Nguyen Anh Duc out of his Asian Cup squad, reaffirming his confidence in Vietnam’s new batch of youngsters.

Vietnam enjoyed a bumper 2018: they reached the final of the U-23 Asian Cup, finished fourth at the Asian Games and then ended Thailand’s dominance over ASEAN football by winning the Suzuki Cup for only a second time in their history. The Vietnamese defeated Malaysia over two legs in the final. Their young and talented squad may struggle for experience in Group D alongside heavyweight Iran and Iraq, but with the guidance of their progressive coach Hang-seo (pictured) Vietnam may well become the dark horses of the tournament. 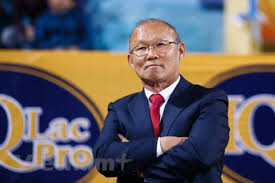