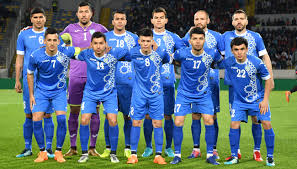 Uzbekistan topped Group H in the second round of AFC qualifying to secure a spot in the finals. They had a near-perfect record with 21 points and 7 wins, losing just once away to North Korea, 4-2.

This will be Uzbekistan’s seventh appearance. They have qualified for every Asian Cup since 1996. In 2011 they finished fourth, losing the third place play-off against South Korea 3-2.

At 31, captain Odil Ahmedov is almost a veteran in the team, but he remains Uzbekistan’s standout player. He will be playing in his third Asian Cup after first participating in 2011 and scoring an outstanding goal against the hosts Qatar. Ahmedov plays for Shanghai SIPG and offers the Uzbek defence steeliness. He will be a pivotal for Uzbekistan’s chances to progress deep in the tournament. 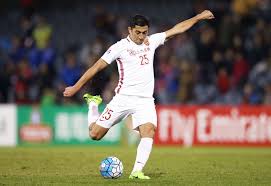 In August 2018 Hector Cuper signed a four-year deal with Uzbekistan, becoming the first foreign coach to lead the Uzbeks since Russia’s Valeri Nepomniachi left the role in late 2006. He replaced caretaker manager Timur Kapadze and the Spaniard was tasked with guiding Uzbekistan to their first World Cup finals in 2022. He led Egypt to the World Cup in Russia, but his team failed to garner any points. Cuper has a lengthy and successful track record of playing highly organised and defensive football.

Uzbekistan are a powerhouse in Central Asia and won the U-23 Asian Cup, but they have failed to ignite at the senior level on the continental stage. Cuper (pictured) has not been explicitly tasked with winning the Asian Cup, but the tournament will be the first test of his tenure. The Spaniard surprisingly omitted Igor Sergeev, Javohir Ilyasov and Dilshod Rakhmatullaev from his final squad and included just two out-and-out strikers. In November Uzbekistan lost 4-0 in a friendly against South Korea, but Cuper should impart the Uzbeks with even more organization and solidity. They should progress from a group with Oman, Turkmenistan and Japan, and be a tough opponent in the knockout stages. 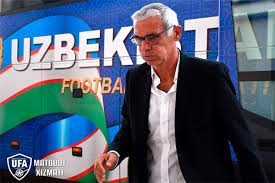