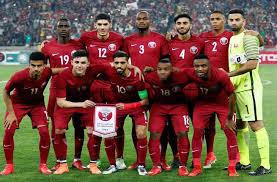 Qatar have participated nine times but have never managed to get beyond the quarterfinals which they achieved in 2000 and 2011. As hosts of the next World Cup, rarely has the pressure on them been greater.

Considered to be one of the most promising players ever to emerge from Qatar, the winger  became the first Qatari to join a La Liga club when he signed for Villarreal in 2016.  He was immediately loaned to Sporting Gijon where he made nine appearances in the Spanish top division. Akram spent the 2017-18 season at Belgian side Eupen before returning to Al Sadd on loan this year where he has scored 14 goals in 17 matches including the late winner against Switzerland in November. Qatar also have AFC player of the year Abdelkarim Hassan anchoring their defense. 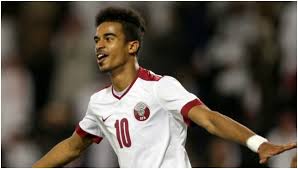 A Barcelona youth coach, Sánchez moved to Qatar in 2006 and joined the famed Aspire Academy. In 2013 he was appointed manager of the Qatar under-19 side, winning the following year’s AFC U-19 Championship.  In July 2017, after a spell with the U-20 and U-23s, Sánchez replaced Jorge Fossati at the helm of the senior side.

Sanchez (pictured) has stressed he will adopt a ‘one game at a time’ approach but is refusing to look beyond the opening game against Lebanon on January 9. Smart thinking given the Gulf state’s moderate record in the competition though they arrive on the back of some strong results in international friendlies and will be desperate to make an impression ahead of their maiden World Cup appearance in 2022 as hosts. Significantly, the Asian Cup will be Qatar’s last major tournament in Asia before the World Cup and they will be keen to go deep into the finals with all eyes surely on the spicy-looking final group game showdown against Saudi Arabia, given all the geo-political tensions. “All the teams offer a different challenge. We are well aware of our challenges and how we have to tackle them,” says Sanchez. “The AFC Asian Cup is one of the titles we are looking for and the players have prepared well. It’s a great challenge, but we have a bunch of very talented players. Our long-term goal, of course, is to be ready to fight at home at the World Cup in 2022, and playing at the Copa America next year is also part of that. The Asian Cup is an event for us to show where we stand in Asia.” 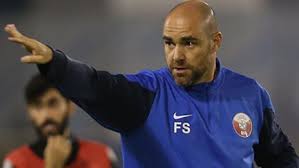